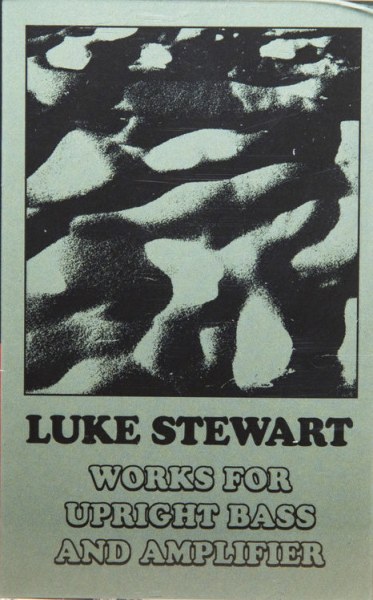 This week I had the great pleasure of viewing Yo-Yo Ma’s Tiny Desk Concert on NPR’s website. I’ve been a fan of his playing for years, especially his rendition(s) of Johann Sebastian Bach’s Cello Suites (of which I was introduced to through the legendary cellist Pablo Casals[1]). Like most of the series, the worldly performer dropped some gems on the small audience about his history with music, especially Bach’s crown jewel (it is to me at least). In his first break, he spoke about the first piece of music he learned . . . at age 4. Longish story short, he mentioned the importance of studying music, or anything, in increments and not having too much pressure applied at once when trying to master a craft. Having watched this, and feeling like a better human because of it, I found that Ma had given me the language to write about one of the most beautifullest releases of 2018.

I vaguely remember talking to bassist Luke Stewart on New Year’s Eve of 2017-18. We’d briefly met at a gathering of rich folk in SoHo on what was probably the coldest night of the year, and maybe my life[2]. I’d just reviewed the debut LP by Irreversible Entanglements (a group in which he is the bassist) and we were talking about some of the other things going on regarding his work. Disappointingly, I do not recall him mentioning cutting a record as a leader. So I was very surprised and overwhelmingly delighted when my editor dropped Works for Upright Bass and Amplifier in my inbox.

The album, running about 50 minutes long, is more rooted in feeling than technique (though years of studying and technique are clearly displayed). As someone who studied the upright bass for a few years, I am always a little envious of those who’ve found a large wooden companion in the instrument. Yet, Stewarts’s approach pulls from many sound sources, of which one could have only learned by slowly learning about music in increments. Part drone, part “noise”, and sections of looping bass lines, the album works as a suite with several noticeable movements along the way. When dissecting the album, a few of my audio points of reference come to mind:

Stewart’s heavily amplified beginning and middle sections at times create a Pete Cosey-like atmosphere while still driving creating a beautiful wall of distortion (celebratorily ©[4] disorienting the conscious listener). The last 6 or 7 minutes show off a great combination of feedback, room ambiance, and Stewart’s moody pizzicato skills. The end of the first listen left me elevated and pretty inspired. Works for Upright Bass and Amplifier is an emotionally charged record that deserves a lot of attention. I’m hoping that Astral Spirits, the label that put out the project on cassette in limited quantities, finds a way to release this masterpiece on vinyl one day. If not, then I’ll add it to the list that I’d like to reissue myself.

[1] I’m still looking for an OG copy of this if anyone has an extra copy in VG++ (and up) condition.

[2] I soon developed the worst cold ever and actually feared for my life for about a month.