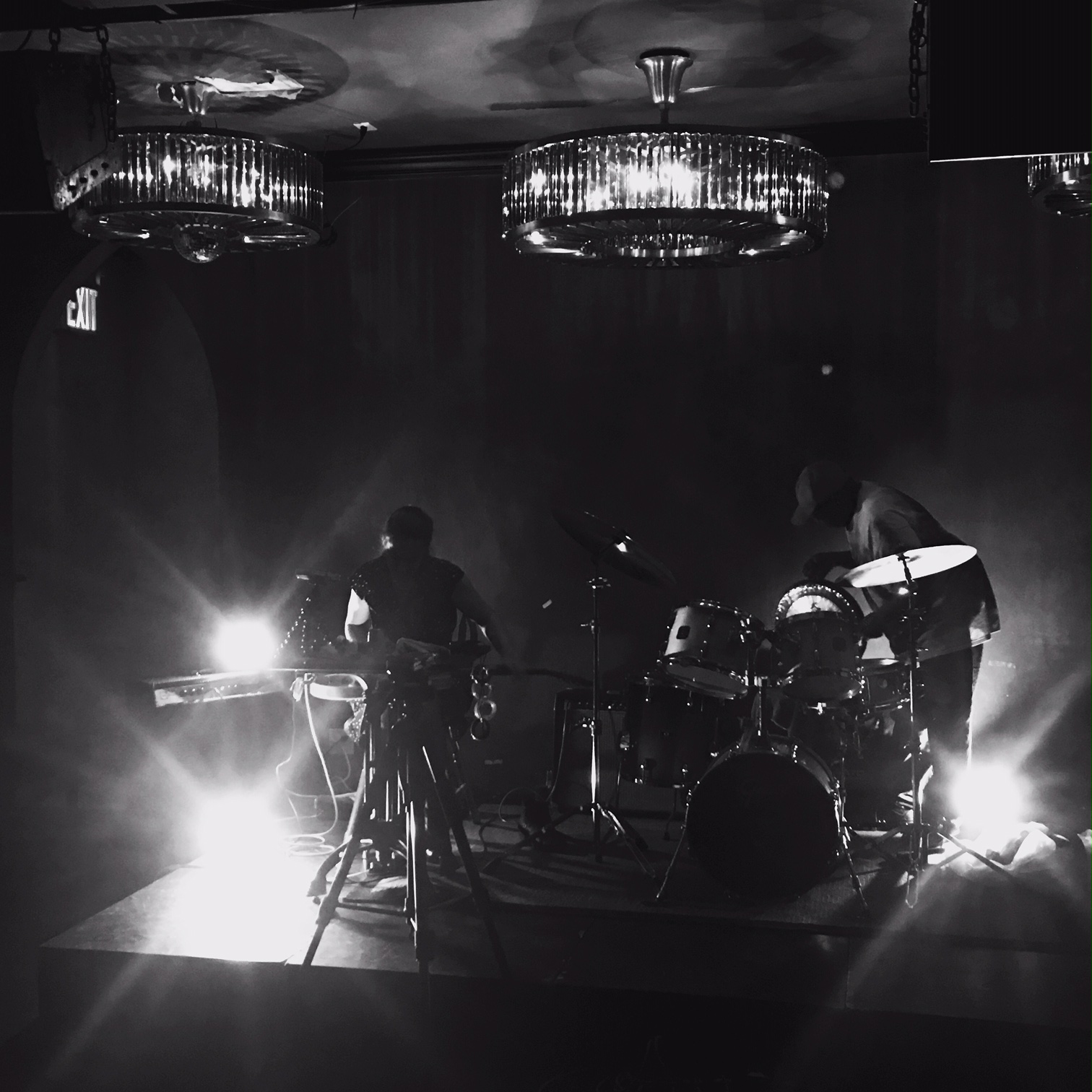 Guitarist Sandy Ewen’s move from Houston to Brooklyn in early 2018 has no doubt had a transformative impact upon the improvised music scene here. Her unique, abrasion-focused way of playing her guitar, vertically situated in her lap, has provided her some significant and innovative musical techniques that she has employed to great purpose. Ewen is a superb improviser, bringing energy and noise to all of her sonic encounters. On this night, she played with veteran drummer Marc Edwards who rose to prominence playing with Cecil Taylor in the 1970s and in the past decade reemerged through collaborations with fellow-drummer Weasel Walter.

At Ceremony224, the two collided to superb effect. The music was characterized by growling dark energy with Ewen driving the music and forming its sharp edge, while Edwards provided the off-center rhythms that transformed the otherwise more linear sound into a multi-sided yet irregularly shaped object. The first word that comes to mind to describe Ewen’s playing is metallic: metal on metal. Industrial is another term–the sounds of factories, of work, of the streets of American cities from times past when churning black smoke choked the populace downwind from old manufacturing centers. Ewen’s sound is abrasive, but not off-putting. It is thrashing, full-bodied noise that somehow retains its humanity.

Between Ewen and Edwards, there is still a pulse, a heartbeat, if one that seems to quiver between anguish and madness. Emerging from the smoke of their sound on this night came a many-headed hydra, belching its rage in all directions, full-tilt. This musical monster jumped and leaped, demanding to be reckoned with. At the same time, the physical experience of the music live felt like, to me, to be that of entering some massive asteroid belt, a million collisions all happening at once. At times this multitude of bits and pieces began to come together to form one bigger object, while at other times, this momentary coalescence into an object disintegrated into a multitude of pieces, each with their own individual sounds.

At times, Edwards’ drums skated on top of the swirling mass. At other times, he would do a deep dive and the two together would form a maelstrom, his drums colliding full on with the sonic abyss of Ewen’s guitar. The set only lasted twenty minutes, but its impact felt like hours of sensory attack. This duo is brilliant and, we can hope, has only just begun its explorations.

Special thanks to Ceremony224 for hosting such forward-looking music.