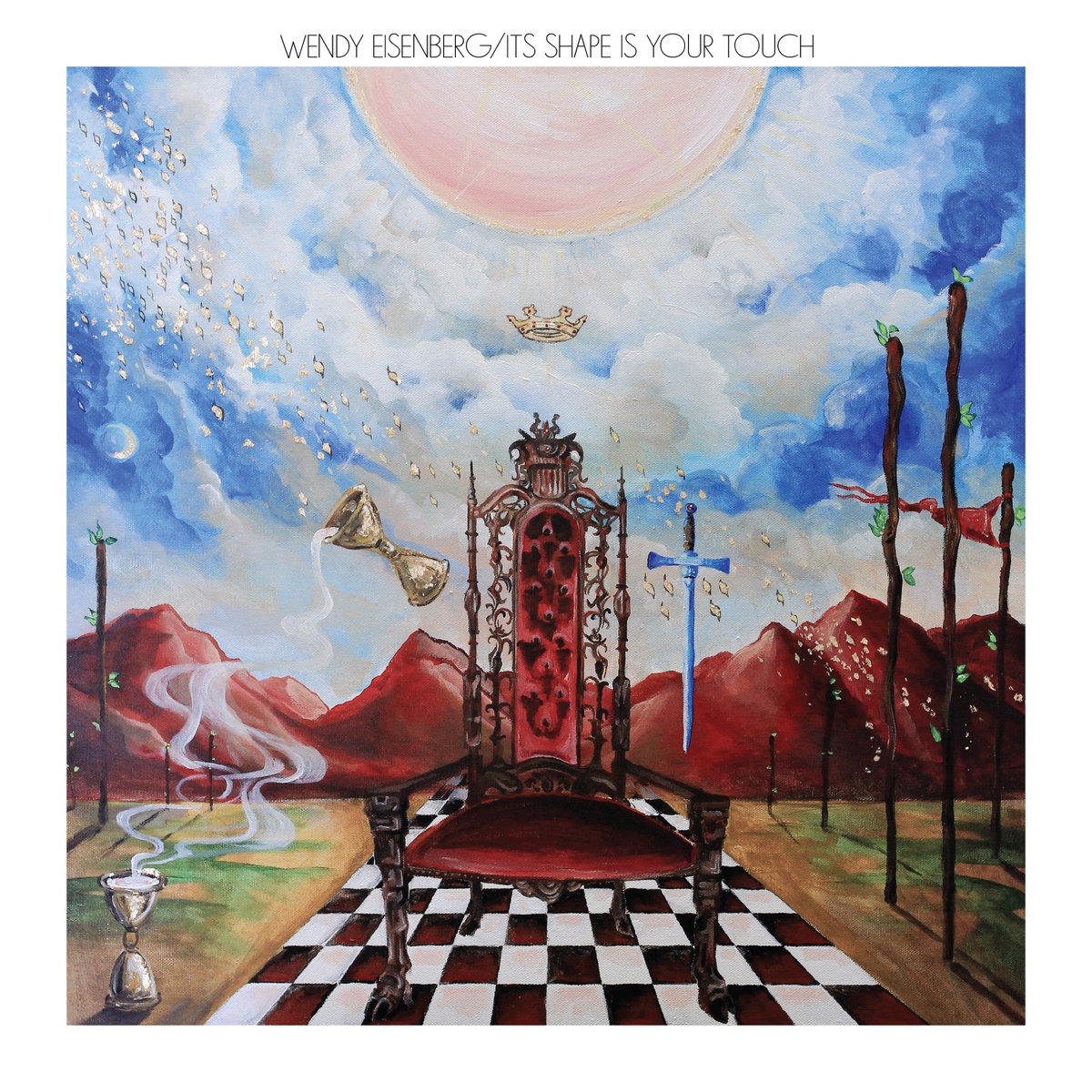 Wendy Eisenberg’s Its Shape Is Your Touch, released in late October, opens with a a confident, open exploration of tones and technique. She uses the guitar to create sound that, at times, does not even resemble that of a guitar. Her touch is gentle. As the opening track concludes, I am reminded of an instrumental lullaby album I listened to every night as a child. Her sound is comparable to folk, however, she changes the direction of the track quickly and becomes more experimental. This shift in tone occurs throughout “Sol Lewitt.” I imagined a different song than the title describes. My experience with Sol Lewitt’s work is striking, linear, and high contrast. I suppose this is a testament to the different ways we encounter art. Eisenberg’s opening does not feel bold and graphic, but rather, soft and subtly odd. She creates an enjoyable strangeness with her guitar. This, for me, seemed most comparable to Lewitt.

The opening of “Lethe” is comparable to a creek in the woods. It runs slowly and steadily, yet there is still an element of stillness. The strings hum and sound smooth, only interrupted by moments of intermittent plucking. She beautifully creates new sound while maintaining a sense of peacefulness throughout her album. I find this particularly interesting in noise or avant-garde, where piercing and abrupt sounds often permeate the style. Eisenberg seems to take an entirely different approach. She does not rely on shock or overt discomfort to intrigue the listener.

“Early November” sounds like the cold seeping into my window an hour earlier as winter approaches. It begins faint and then becomes stronger until I get up from the bed to acknowledge it. The track, like its title, is charged with fresh life. There is change in the air, but nothing has shifted dramatically yet. We are witness to a progression; a kind of movement we anticipate and follow. Eisenberg creates this energy and then leaves it fading out. The next track, “Eridanos” resembles a flamenco style. This song highlights Eisenberg’s ability to experiment.

I feel this again as “Sawn” begins. She opens the track scratching strings and creating a haze of vibration. As it continues, we hear stretches of song only briefly interrupted by the same scraping. Eisenberg balances the track with an ending similar to her opening. The final track, “All Saints” feels like a “guest” on the album. Here, she focuses more on the range of sounds she can create with the guitar. This feels choppier than the other tracks on the album.

Though her tone is consistent throughout Its Shape Is Your Touch (aside for “All Saints”), Eisenberg does not stay in one musical space. She moves effortlessly between moments of shorter, louder notes and then shows us, in another track, her ability to play long and soft. Listening to this album, I feel like I am following the humming of her guitar. It feels personal and reflective, like writing at the end of the day.

Jeanne LandersReview: Wendy Eisenberg – Its Shape Is Your Touch12.19.2018