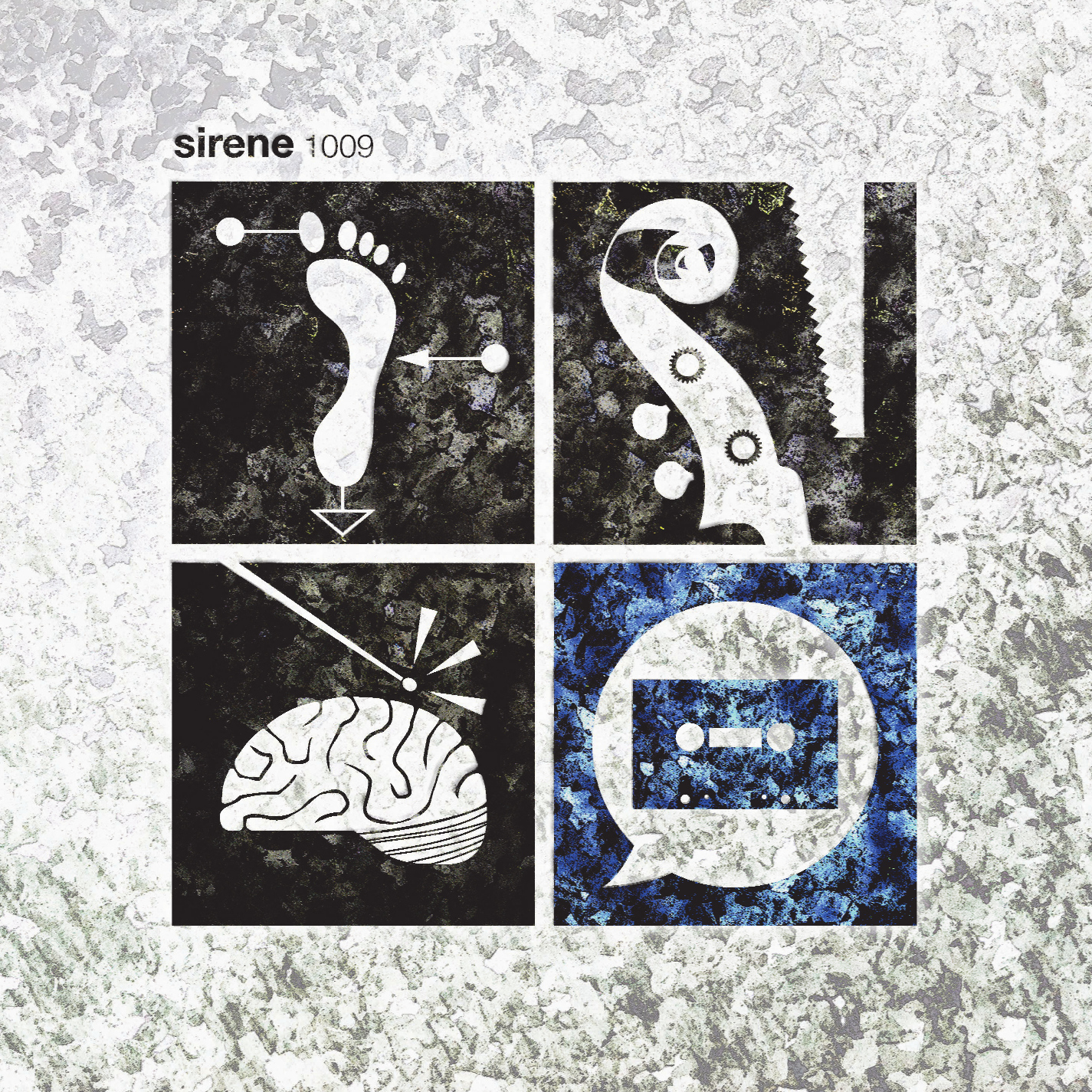 Sirene 1009 is a radical improvisational quartet made up of vocalist Caroline Pugh, bassist Dominic Lash, drummer Mark Sanders, and guitarist Han-Earl Park. Their self-titled debut is a colorful, sometimes violent and revelatory listening experience that infuses modern aesthetics with the spirit of the ancient.

Opening with “Psychohistory III” and its pulsing, serrated guitars, ringing percussion and Pugh’s vocalizations, the quartet lays it all out from the gate. Things begin to pick up steam around the three minute mark as Lash opens up with a gorgeous plucked theme that provides a subtle underpinning to Pugh’s breathy, wordless gasps and shrieks of desperation. Park reenters the fold with a series of trembling, disjointed guitar phrases as the ensemble builds to a dramatic climax. “Cliodynamics I” (along with its component pieces II and III) is named after an obscure area of sociological research that seeks to build mathematical models as a means of analyzing social/historical events and processes. Lash brilliantly alternates between bowed and plucked phrases as Sanders beats down a booming, thunderous landscape of percussion. Park provides a subtle bit of coloring strokes while Pugh leads the way, her maniacal wails and babbles briefly giving way to sweetly sung passages of melodic intrigue. Clocking in at ten minutes and forty four seconds, “Cliodynamics I” drags listeners deep into the belly of the beast, a dark and ominous ocean of sound that only gets more intense with each passing minute. The trilogy concludes with “Cliodynamics II & III” excerpts recorded from a live set at London’s Cafe OTO. While these two pieces are no less dynamic and inventive, “Cliopdynamics I” is the clear stand out.

“Hopeful Monsters” comes in forcefully with shrieks, scrapes and drones that coalesce into a wild jungle of disassociated noise. Pugh’s voice is once again the centerpiece, taking on a solo whose sweet, lulling character begins to unravel in the piece’s second section, revealing a dark and menacing undercurrent. Pugh’s vocal transformation on “Hopeful Monsters” is dramatic, her pointed change in character is deeply impacting, the contrast between deliveries akin to the difference between innocent Linda Blair and a possessed Regan MacNeil. With her profound vocal revelations, Pugh seems to be pulling from some deep, primal source while the rest of the quartet improvises with a free and dramatic fervor. Ancient and primordial with ideas as open as the night sky, it is not hard to imagine that some of humanity’s first music would have sounded something like this.