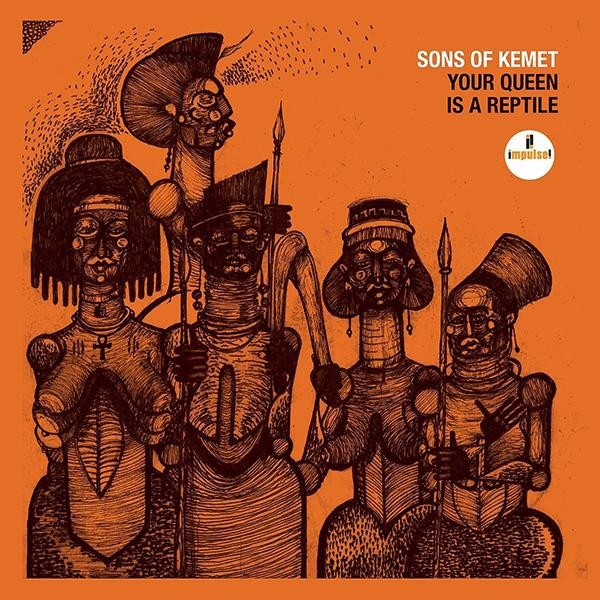 “I don’t know if I should hug or slap the shit out of you.”

My now deceased stepfather once said this to me after he picked me up from the local precinct after being arrested my one and only time. This message rings in my head quite often in my adult life, and I feel like a lot of American listeners might feel that way after listening to the Sons of Kemet masterpiece Your Queen Is a Reptile.

List of historic musical references that combine Caribbean folk themes and rhythms with Jazz. Drop into the new Sons of Kemet review:

Naw. Good, too traditional for this release.

After hearing Wisdom of the Elders (2016) by Shabaka and the Ancestors I… (make obvious reference to my upcoming trip to Johannesburg since that lp featured several South African musicians and it displays the group’s power, pulling from the diasporic pool).

“I found it poignant and right in line with what is needed, sonically, to reflect current issues. The tone of it (thematically) reminds me of Keyon Harrold’s latest offering. The song titles are fitting for the homage to the sisters and bring a certain type of energy. I love the tempo … it seems like a mix of everything from grime to carnival (not to mention dub and Afrobeat) to traditional jazz…”

(Maybe add that Shahkeem and I saw a stripped down version of Sons of Kemet play at Afropunk’s late night jawn last summer and it was presented by Adam and the fine folks at jazz re:freshed? Also, listen to Keyon Harrold’s The Mugician)

Possibly add a little something about how this record is one in the latest wave of socially conscious Black/ Brown folk creating extra-relevant sounds combating the global ills being felt by everyone (but don’t forget to mention how Black/Brown folk across these lands still got it the hardest).

Mention Impulse! Records and its legacy? Is that important in this moment or just helpful to give wider access to the creative abilities of this Afro-Genius?

Aight, let’s do this!

Yo, I’m really excited to talk about this new Sons of Kemet album Your Queen Is a Reptile.

Sons of Kemet
Gabriel Jermaine Vanlandingham-DunnReview: Sons of Kemet – Your Queen is a Reptile04.16.2018