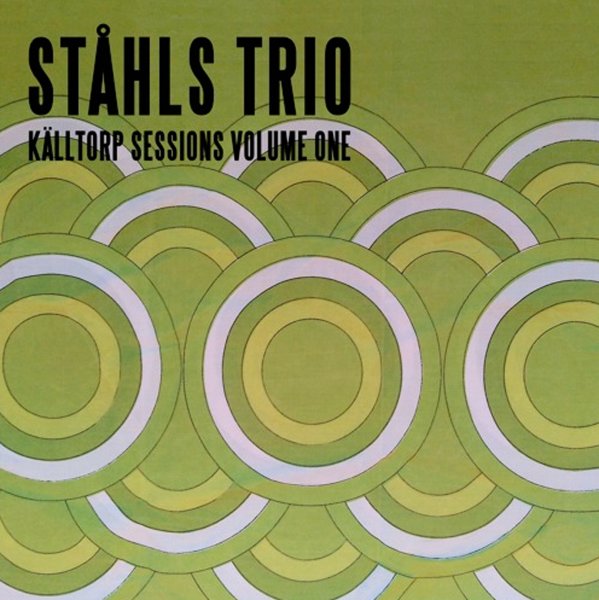 Anyone familiar with my musical taste knows that the vibraphone is my favorite rhythm section instrument. Bobby Hutcherson and Milt Jackson were on constant rotation as a youth and I’ll never part with their records. Yet, after the years I sought out other players who approached the board in different ways. Lionel Hampton (tha Gawd), Red Norvo, Karin Ervin, Khan Jamal, Lem Winchester, Billy Wooten, Vincent Montana, Jr., Sue Evans, Monty Stark (of the Stark Reality), and many others have made their way into my extensive collection (and a few have made their way out due to plenty of cheesy pieces). The vibes were picked up by many performers and producers alike to give compositions (and radio-friendly songs) a bright and airy sound, yet it is the fascination with audio (and all forms of) freedom that I’ve always gravitated to, so much so that I still spend time searching out new, younger vibraphonists to be aware of how the torch is being carried.

Recently during one of these searching expeditions, I came across a record by the Ståhls Trio. The image of a green cover with white and yellow circles caught my attention. Since the website didn’t provide any sound samples, I poked around the web but found little on this record and the group. The only audio I found on the Ståhls Trio was a video on YouTube from 2011 (which was very impressive). I did find a listing for a record from a few years ago (a double 10” release), yet no sound samples. After a few days, my curiosity got the best of me and I tracked down the group’s leader, Swedish vibraphonist Mattias Ståhl. Our exchanges were pretty brief, but I found him friendly and very excited to have someone contact him regarding his new LP Källtorp Sessions. The following is less of a review, but more of an analysis of the record and how it fits into a framework of recordings/ techniques of some vibraphonists, well-known and not.

One of the things that makes me happy about Källtorp Sessions is the format. Only a few leaders have recorded with the vibes, bass, and drums setup. The initial crash of “Elmers” reminds me of the first time I heard Jason Adasiewicz’s Sun Rooms (Delmark, 2010). While Adasiewicz’s trio debut is pretty rhythm based, Ståhl’s project takes a more free-form approach to create. The opener sounds like something composed between Carla and/or Paul Bley, or their contemporary Gary Burton (Burton’s influence is all over this record and I’m not upset about that at all). “Kvotblues” is slow and creeping. The imagery of dark alleys meeting choreographed smoke come to mind on this one. It also reminds me of Madlib’s production on “Meat Grinder” for whatever reason. “Lev som vanligt bara” is a “searcher” © with a stronger emphasis on Joe Williamson’s upright skills and Christopher Cantillo’s percussion discussioning (also ©). Its looseness is mirrored in the beautiful “Morgon på torpet”, which also has Madvillainy undertones (the new Freddie Gibbs/Madlib LP came out this week so the producer’s past work has been on my mind lately).

By the time of “Vi går till skolan,” I’m getting a sense of Ståhl’s potential mental list of favorite vibraphonists. True, the aforementioned Gary Burton might be high on his list as a composer, but he doesn’t follow in the elder’s footsteps regarding technique. I’d say that Ståhls is more of a cross between Karl Berger’s erratic playing of his early years (his 1967 ESP-Disk’ LP From Now On is an absolute classic) and Freddy McCoy’s playing on the Frankie Brown Trio’s sole recording Bass Vibes Drums (Musicor, 1961). Of the current scene of vibraphonists, including the aforementioned Jason Adasiewicz, Warren Wolf, Drew Tucker, Sasha Berliner, Patricia Brennan, Matt Moran, and Joel Ross, Ståhl’s second record holds an important position. It is not fully free, yet it expresses the adventurous “new thing” spirit of the late 1960s.

“Diagram” and “Lennart Jernestrand” are my two favorite pieces on the record. They both remind me of Joe Chambers-styled compositions that would fit on Bobby’s Dialogue or Components (both Blue Note, 1965). The only setback on the LP, for me at least, is the group’s take on John Lennon’s “Jealous Guy” (personally I think it could have been left off the record and released as a B-side on a 7”. Not a bad version, still better than the original). Even with that, I think that the Ståhls Trio’s Källtorp Sessions is a great record. Along with Joel Ross’ KingMaker (Blue Note), it serves as the other great vibraphone LP of 2019 (at the time of this writing). And while Ross’ great debut follows in the warm composition style of Wayne Shorter, Ståhl’s group ops for a more crystal-like/metallic direction. And I think the seasoned listener will enjoy that. The Stockholm landscape is looking pretty good right now … and Walt Dickerson is still the greatest vibraphonist in the history of the instrument (just had to find the right place to put that).