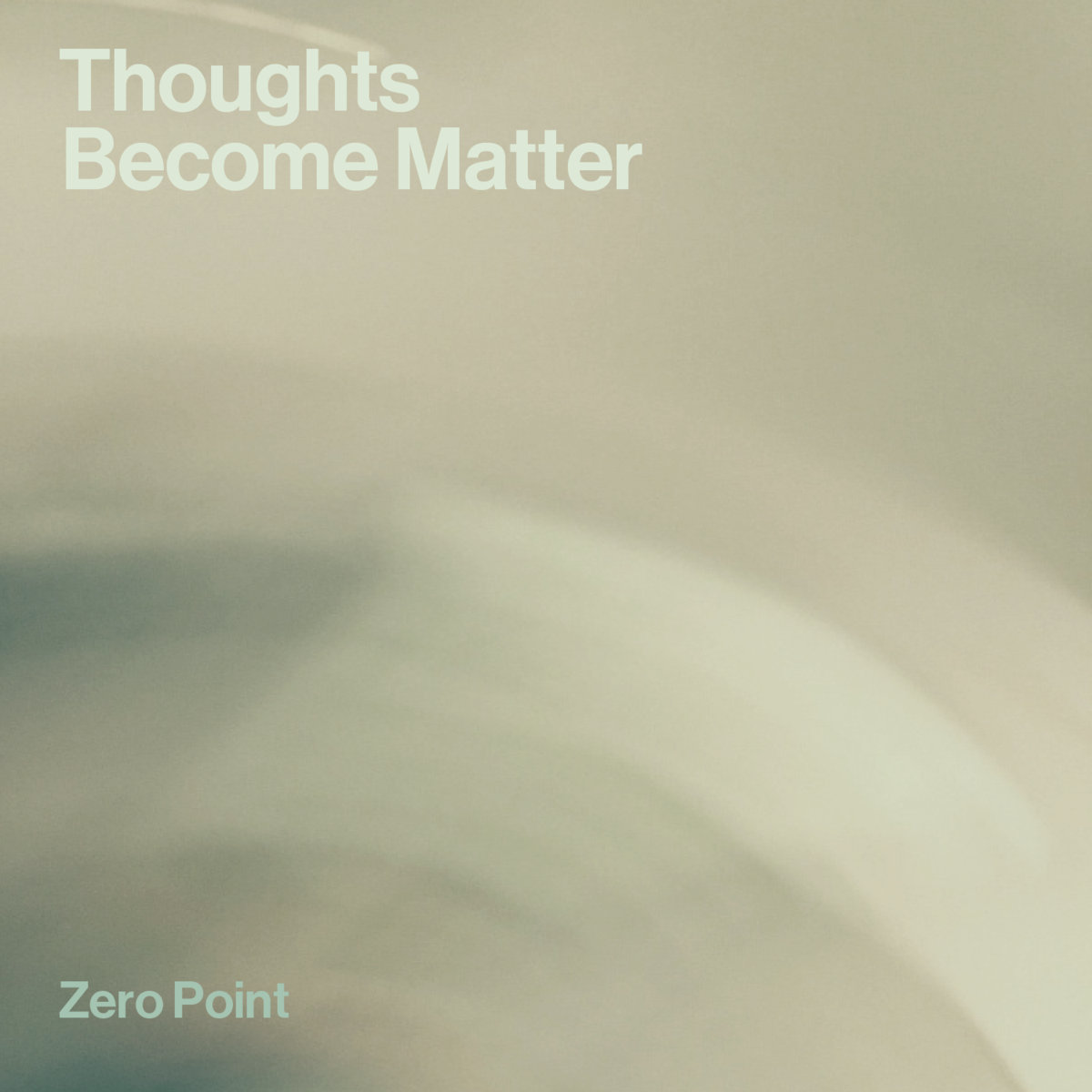 Zero Point’s Thoughts Become Matter is the kind of album I want on with a good glass of wine late at night. It is mellow and still at times, evident on “Surrender, Surrender,” allowing us to slow with it and feel the weight of each note. The instruments on the album move carefully. Though it has an ease which hovers over us, moments of complexity (at the beginning of “Casimir and the Wolf”) give the album a well-developed flavor. The sound is rich on Thoughts Become Matter, and its depth becomes evident when we shift our attention from one instrument to another. The flute whispers while the drums beat, the saxophone moans with a touch of the bass. The record features Marius Duboule (guitars), Deric Dickens (drums & percussion), Daniel Carter (flute, clarinet, trumpet, saxophones), and Michael Bates (bass).

The album’s first track took me to a warm backroom. I felt like I was somewhere intimate and hidden, but not alone. I recently watched an episode of Anthony Bourdain’s Parts Unknown in Tangier, Morocco. “Errance” reminded me of the cafes (or the music I envision playing at the cafes) throughout the city; occupied but without the bustle of a crowded space. The flute is delicate, accenting the bass as it pulsates. The title track which follows highlights the electric guitar, which was a new element of experimental jazz for me, charging the sound, giving it greater power. I understand why this is the title track: it strays slightly from the rest of the album in its impact.

Thoughts Become Matter sounds like a close-gathering. People talking inches away from each other, home cooked food on the table, candles coloring the room with a haze of yellow and amber … it is the sound of a night dying down sometime after midnight, guests full with the satisfaction of a good evening. There is a pleasant dizziness about the album, which I felt in the movement of instruments around the throbbing drum. The flute and saxophone seem to circle the drumbeat and I find myself easily lost in the way the sound radiates (though not on one track in particular). The album brings together the flute, guitar, saxophone, and drums in a way that sounds effortless and is still vibrant. We hear a rising anticipation in the movement of wind instruments, broken by the pressure of percussion and string. I feel like I have given myself to Thoughts Become Matter, and it has consumed me. The experience leaves me peaceful and tender. I feel a heightened sensitivity upon the album’s conclusion.

The record is available in record stores and on Bandcamp.