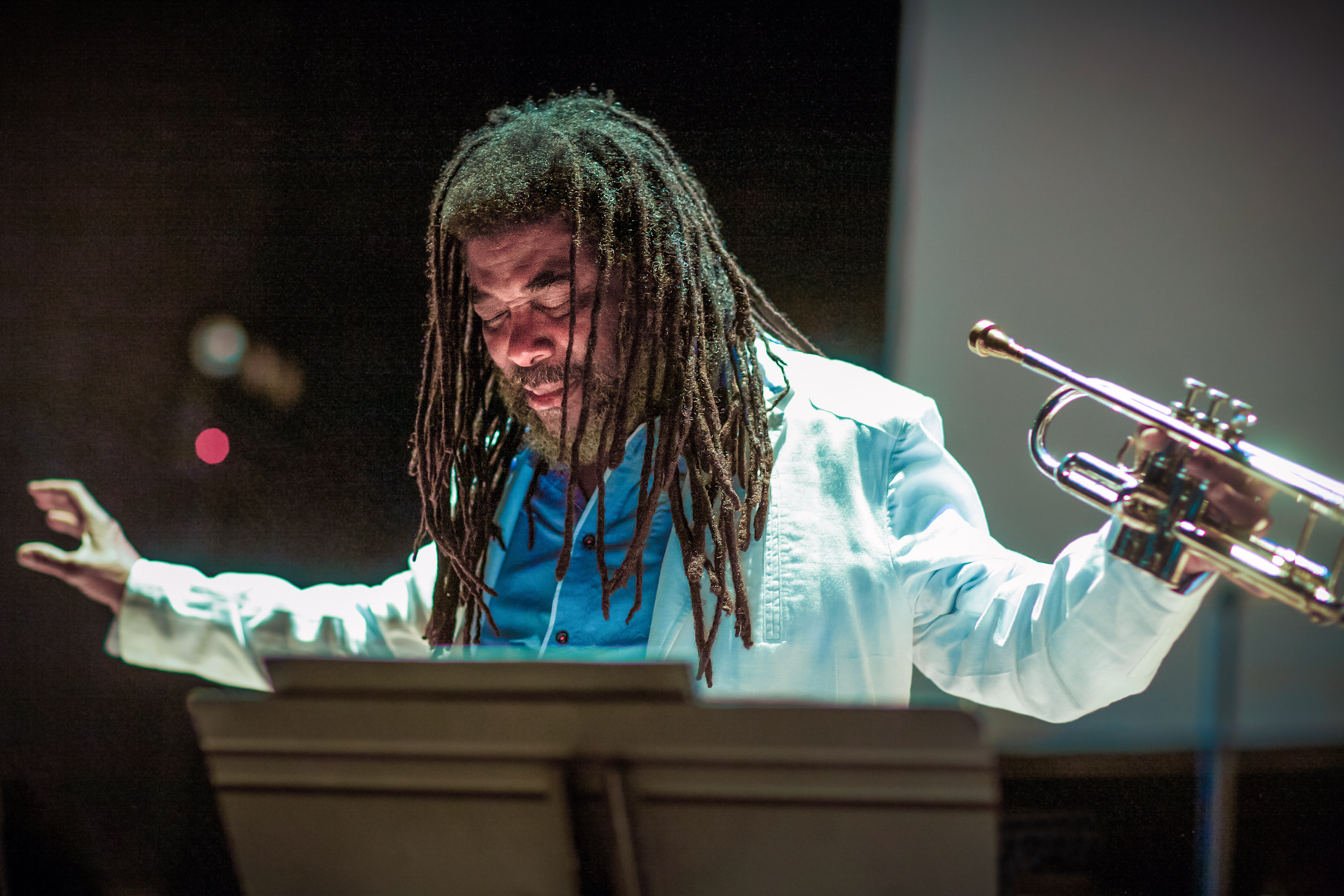 Jazz Icon and five decade long AACM collective member, Wadada Leo Smith has curated the second annual CREATE Festival which he founded in April 2017. The two-day, New Haven, CT based festival which will take place at Firehouse 12, will feature five separate ensembles over two evenings and include an exhibit of Smith’s Ankhrasmation Symbolic Language Scores.

Smith told Jazz Right Now about his decision to curate a festival of “unclassifiable” music saying, “I don’t deal with music of various genres. I deal with music.  Not only do I not deal with those different names and ideas about music, they don’t really exist and people use them as ways of tagging you as not being like somebody else or they use it to limit your mobility as an artist.”

Wadada’s official press release announced an opening performance of his grandson, Lamar Smith, giving a taste of the incredible line up and music that is in store “The weekend opens with an ensemble led by guitarist Lamar Smith, featuring electronic artist Hardedge and drummer Thurman Barker.  Saturday’s program continues with the world premiere of Dark Matter, Dark Energy: The Unseen Suite, a piece inspired by the great mysteries of the universe. The suite features Smith’s Kosmic Music Ensemble, in which Wadada’s trumpet is joined by vibraphonist Bobby Naughton, pianist Sylvie Courvoisier, guitarist Lamar Smith, drummer Thurman Barker, and Jawara on jimbe and percussion.”

CREATE Festival looks to promise a unique 48 hours of music that will move and affect attendees in the most unpredictable of ways… “what I do know is that if anyone hears a piece of my music performed, it goes into their subconscious… and they can like or love what is going into their consciousness. For me the influence has already been affected in their consciousness whether they chose to act upon it or not.” Smith continues, “All humans should be interested in music because music gives them a few moments with themselves that no other art form allows and if it’s live music, the benefits are even greater because the person participates in the social gathering and becomes part of a uniquely organized family of which they were not born into, and they also share and carry a collective memory of that experience.”

Trumpeter, multi-instrumentalist, composer and improviser, Wadada Leo Smith is one of the most boldly original and influential artists of his time. Smith transcends the bounds of genre or idiom, he distinctly defines his music, tirelessly inventive in both sound and approach as Creative Music.

Jesse Gilbert, Video Artist for all performances on April 7

Walk-through and discussion about exhibit of 20 new art scores in Smith’s Ankhrasmation Gallery.