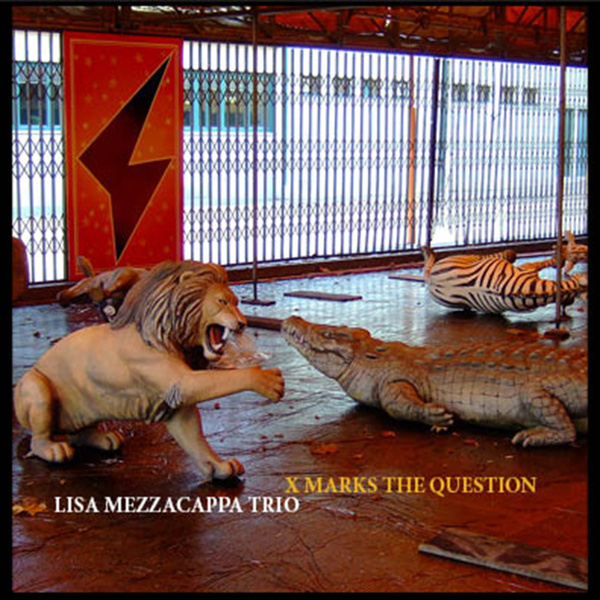 This is not an easy record to define. As the debut release by the Lisa Mezzacappa Trio, the record draws together the Bay-area bassist with New York stalwarts guitarist Chris Welcomeand percussionist Mike Pride. The album exhibits a great number of ideas based on diverse influences that together form a fascinating, multifaceted whole. In many ways, this record is indicative of how far post-modern creative jazz has come: Mezzacappa incorporates many free elements, rock, and even metal references, as does Pride, while Welcome digs deep into his blues background to provide an emotional foil. It is an interesting experiment and one not without its potential pitfalls, but the temperament and flow of the album manages to exhibit this diversity, positioning itself far from the blandness of uniformity.

The bass-guitar-drums trio is an interesting format, though not without its cohort. Take, for example, the Mary Halvorson Trio or the collaborative Thumbscrew, both of which have gotten much attention in recent years on the New York scene based on the creation of a distinct sound. The sound of the Lisa Mezzacappa Trio is wholly different and refreshing and pushes the possible interrelationships and compositional structures in a new direction. On a conceptual level, the record advertizes the strengths of each of the musicians, including three compositions by each member. And while these creative voices seem to challenge each other in terms of comfort zone, they manage a rare balance of group dynamism and individual vision.

The opening piece, “1989” is something of a reminiscence by Mezzacappa of the golden age of metal, evoking the turbulent and unrestrained spirit of that music. Mezzacappa and Pride combine to give the entire piece a dense, turbid feel, while Welcome frolics over the top. The second track, “Space Is Expanding” (Welcome) contrasts this nicely, with a more contemplative feel. Mezzacappa’s buzzing plucks and Pride’s cymbal work provide the perfect accents amid a generally more relaxed setting, with Welcome walking cleanly through a deeply textured landscape. Mezzacappa has an uncanny ability to shift her approach–often times producing a sound that melds so comfortably with the others that it becomes inseparable, while at only a moments notice settling out of solution in vibrant color, like a chameleon that chooses when to be seen and when to blend into the greater unity. “Ghost Dance” (Pride) continues the exploration of many of the same sounds of its predecessor. It opens with an undercurrent of bass and percussion with occasional bristles over which guitar attacks aggressively. “Jazz Brunch” takes a minimalist approach that gradually coalesces into a more direct piece, then recedes into silence. “Negakfok” (Pride) is a nice blues repose at mid-record which, in many ways, seems more self-determined from the outset than any of the other pieces, though it loosens up towards the end.

In tracks 6-9, the record really declares itself free of categories. “Pottie Mouth” (Pride) opens with a minimalist approach with spare bass and cymbal work juxtaposing slightly more centered guitar. But the song produces something of an illusion: it builds space alongside itself by opening the sound, such that the absence of sound takes on the position of a fourth instrument in the evolving interactions that unfold. At 2:28, the myriad little sounds and guitar lines meld briefly for a ten-second moment of cohesion out of which Mezzacappa shoots forward in solo. At 4:35, the musicians deconstruct the elements of their collaboration entirely with tense metallic, almost industrial sounds from the rhythm while Welcome adds spare, yet sharp plucks of his own. The song stands out as one of the most impressive on the record.

The following two songs, both by Mezzacappa, build on their predecessor toward another compositional statement. “The Deep Disciplines” opens by painting a diffuse set of components that are gradually woven together. These disconnected bits are marked by sudden entrances and abrupt departures that eventually meld into a cohesive whole that burns a sophisticated fire. “X Marks the Question” is another very impressive tune that exhibits sounds that are stretched out and elongated, giving them a thin, worked over feel. Elements that are again diffuse come together with guitar and drums propelled by an undercurrent of deep bass pulse. The closing song, “Judgment Night” (Welcome) again offers a repose, this one a final thought, that concludes the album in fitting fashion.

These three talented musicians work well together. Mezzacappa and Pride have an immediate understanding of one another. Welcome, again, provides the foil, by providing constant contrast that gives shape and meaning to that difference. Though Mezzacappa is based in the Bay area, she books concerts in the New York area with regularity. The trio’s recent show at Douglass Street Music Collective showcased six of these songs, allowing for greater introspection in the live setting without losing their potency.