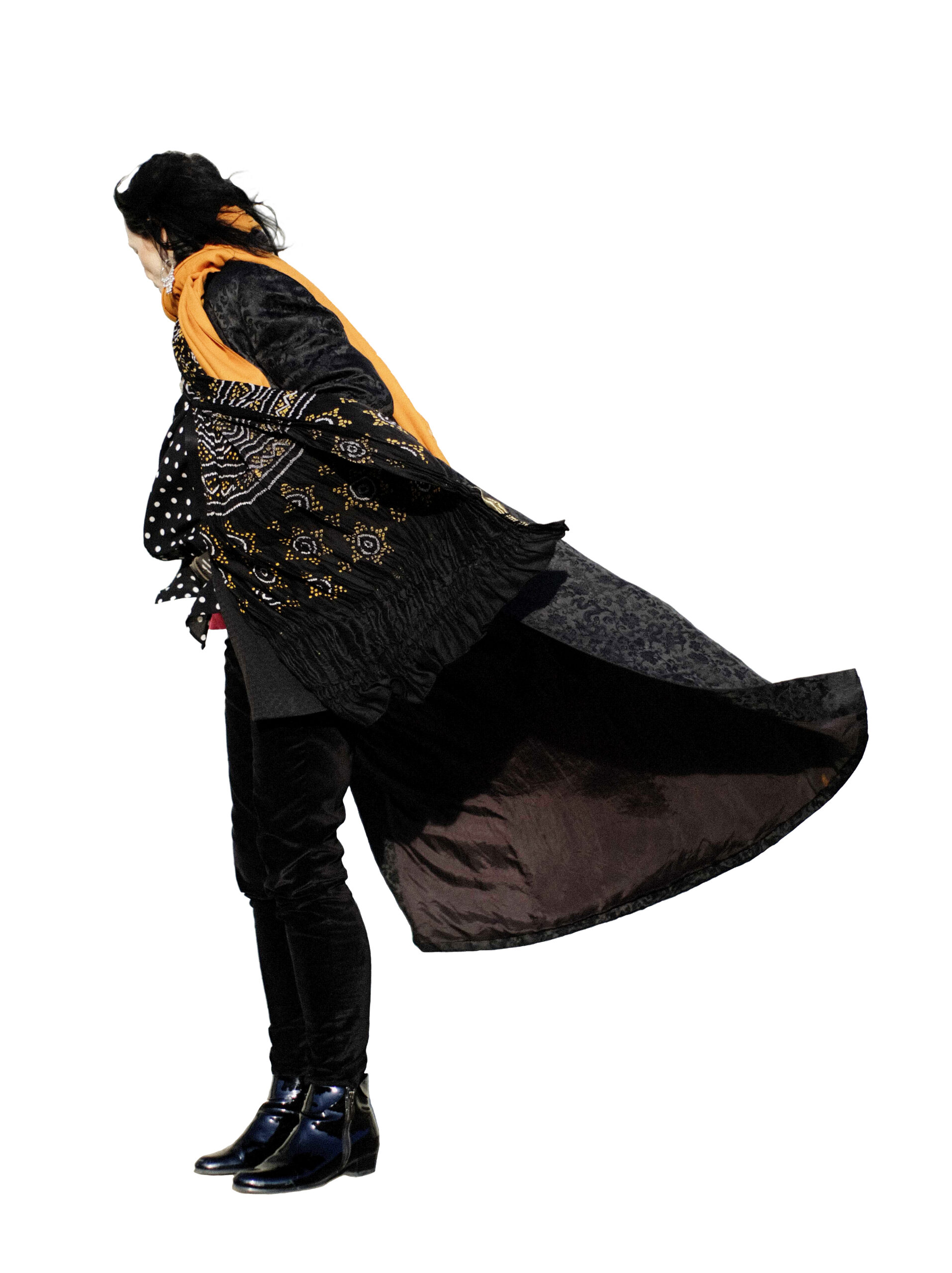 My knot of mental shadows![1]

“That which the dream shows is the shadow of such wisdom as it exists in every human, even if during waking state they may know nothing about it,” said the prophet and alchemist Paracelsus in 1531. We carry the shadow and with it, its possibility of alchemical transmutation. Following this idea, Sciamachy is a work of incantation, speaking to the roots and complexities of what entangles in being and becoming a self. Self as collective capacity, as elongation, shadow and labyrinth. What speaks is the voice of human psychic power, engaging in both its violence and subtle tenderness. How do we “win” an argument with an opponent that is within, our spiritual agon? How can we fight what may seem inaccessible, elapsed?

Sciamachy, released in May 2020 by the New York City-based label Fast Speaking Music, is Anne Waldman’s vigorous co-creation with musicians Laurie Anderson, William Parker, Deb Googe, Guro Moe, Håvard Skaset, Ambrose Bye and Devin Brahja Waldman. These compositions function as spells and interrogations, speaking to the human hiding within our flesh, to archetypes locked up inside: the warrior, agitator, the compassionate provocateur.

The music of Sciamachy is a work of sonorous syncretism, a contemporary victory of melopoeia, assembling Waldman’s sutra-like spoken words into a fluid, emotional ambience, with Bye’s sustained notes in the synthesizer, then cut by the metal riffs of Guro Moe’s electric bass. In “Streets of the World,” Brahja Waldman’s saxophone merges with Parker’s n’goni, arriving at an extravagant melody where the spirit of free jazz permeates. In “Rune,” Laurie Anderson’s electric violin creates a minimalist liquid landscape, where the tides rise and blend with Waldman’s metabolic poetic attitude. The album’s musical complexity and eccentricity—similar to Waldman’s varied radical messages, encrypted in her performative lyricism—continues to swing and vibrate, as her whispering words ripple into the tectonic shifts of orality, undulation, and poetic delivery.

The album is produced by Waldman’s nephew Devin Brahja Waldman—also on saxophone and drums—and designed by Alexis Myre, accompanied by a photograph of artist No Land, picturing Anne in a fluttering cape. The cover, by legendary painter Pat Steir, creates a visual evocation of the musical and poetic essence of Sciamachy, revealing its metaphoric thread: how ink is blood, and how poetry’s bloodline resides on ink as mark, as memory, as archive.

Steir’s painting portrays an abstract waterfall, liquid descending and dripping, seduced by gravity and leaving a trace: the record of a vibrant political message which pleads to keep activism alive. An activism that can only be initiated in the depths of psychic awakening.

Sciamachy is a call to action trespassing the boundaries of a political-spiritual time, a mythological and technological hybrid communicating with ancient times in order to synchronize with our reverberating present.

I’ll say it once more—

Lucía Hinojosa Gaxiola is an interdisciplinary artist, writer, and editor from Mexico City. She’s the co-founder of diSONARE, an experimental editorial project. For more info: https://www.luciahinojosa.com/

[1] SELA. Translated by Andrew Schelling and Anne Waldman in Songs of the Sons and Daughters of Buddha.. Shambhala, 2020.

[2] SELA. Translated by Andrew Schelling and Anne Waldman in Songs of the Sons and Daughters of Buddha.. Shambhala, 2020.