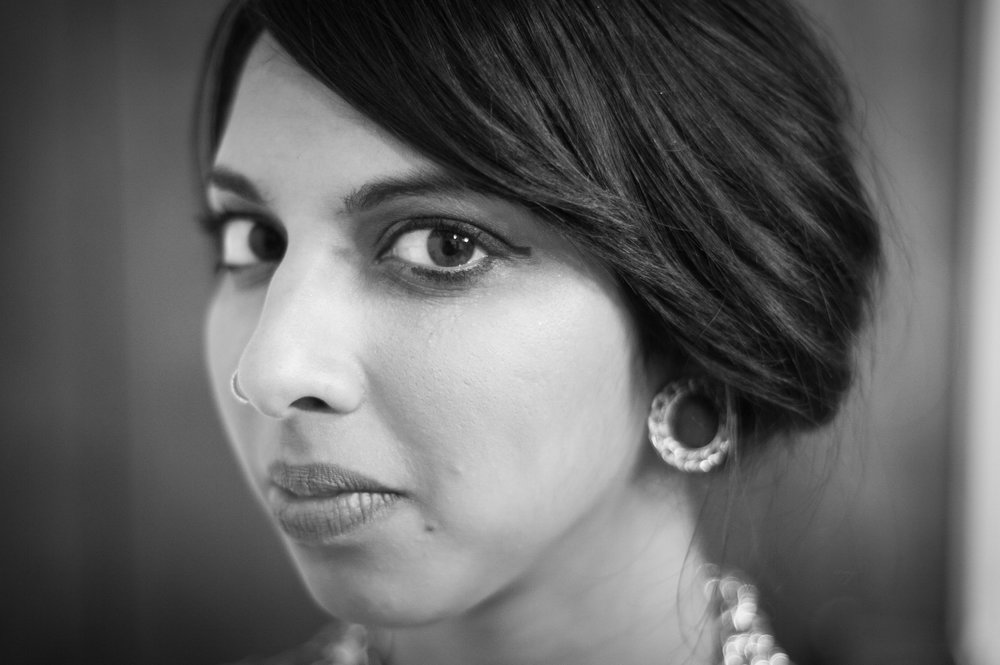 Amirtha Kidambi is a composer, there’s no denying that at this point in time. But there was a time where this talented musician and intellectual had to break through gender stigmas and discouragement when it came to her studying composition as a young woman. She and I talked for nearly an hour, so this interview is a small portion of the ground we covered, but it is an important subject where we talk about the reality of the subconscious lack of inclusiveness in jazz and classical education.

Feminist Jazz Review does not exist to be divisive, but there are stories to tell about the reality of women and female-identified beings experiences. In retrospect, Kidambi happens to have noticed the nuances of gender roles in music education when she tried to double-major in vocals and composition.

Kidambi’s work as the bandleader of Elder Ones and leader of the vocal quartet Lines of Light along with many other successes that allow Amirtha to enjoy a respected career came with diligence, perseverance and self-education to become the composer and educator that she is today. Feminist Jazz Review supports and encourages music education. We also support and encourage women in jazz to open up and tell their truths so that we can make more inclusive spaces for the next generation.

Let’s start from the beginning. As a young person, when did you first find yourself wanting to be a composer?

Composition did not happen when I was young. There are reasons for that. I wasn’t trained in Western music when I was young because there was no money [to pay for them]. I got all my training in public school. I was in choir and play in concert band in high school, I took every music class that was available. So, I did learn how to basically read music.

I went to college and double majored in vocal performance and composition initially and was sort of discouraged from studying composition because my theory wasn’t that great study later than other composers because there wasn’t much money coming from an immigrant family that took time to build up [financially] to where they are now, the middle class lifestyle.

Do you think that it’s common for women to be discouraged from focusing on composition?

Yeah, I think [in my experience], it was subconscious. I had a pretty awesome theory teach, but I there’s an idea that theory and analysis are the be all and end all of being a composer. One, that’s a very Western view. What some consider very strong feminine qualities, which men can have, like intuition is very down played in Western composition. The analytical and theoretical aspects and making [music]  into mathematical models and being action oriented [in that way] is seen more of a [masculine] way of making music.

I would see that and say, “Oh, my god I can’t write certain types of counterpoints,” but there was no one to say, “Why don’t we nurture the stills they do have,” [like listening, intuition] which are not usually emphasized or recognized. Maybe some composers are creative in other types of ways that we have yet to see because we have encouraged [some women composers] down this path yet.

I studied classical vocals while in pursuit of majoring in music history. In retrospect, I could see that vocals was subconsciously considered a more traditionally feminine role in jazz and classical music. Skills like ear-training and sight-reading are encouraged while subtly suggested that theory and composing [writing music] should be secondary, and never truly mastered.

Yeah, and the only women that were composers at my school were all pianists. As a vocalist, and I think this goes for jazz education as well, you’re kind of in this separate universe, where you’re not considered to be at the same level of have the same ability or knowledge as the instrumentalists. My way of combating that was getting very deep into music history and musicology because I encountered these things.

Can you think of a solution?

I think we need more [role] models to show what’s possible. If you tend to see a jazz composer of as more of a male [position] and a classical composer as a white male thing, inherently a woman of color is not going to feel like [becoming a composer] is possible. Vocalists are really the only women who are seen in jazz and the reason why I mention pianists [when I speak about women composers] is because there are all of these bandleaders. When I took jazz history classes there rarely any women mentioned outside of vocalists and even then, they are spoken about as creative people. Billie Holiday was rarely seen as an interesting songwriter. It’s the story of how history gets written by men. And generally, every jazz education department is run my white men. So, part of it is modeling it, and the other part is understanding that canon or repertoire is always evolving and there were a bunch of people that were written out of it.

We have to go back and write a real history and include the voices that were lost. Then we have to continue to evolve. We need to get rid of the idea that [women composers] are some kind of  a novelty, we’re never really competing on the same level. It’s complicated.