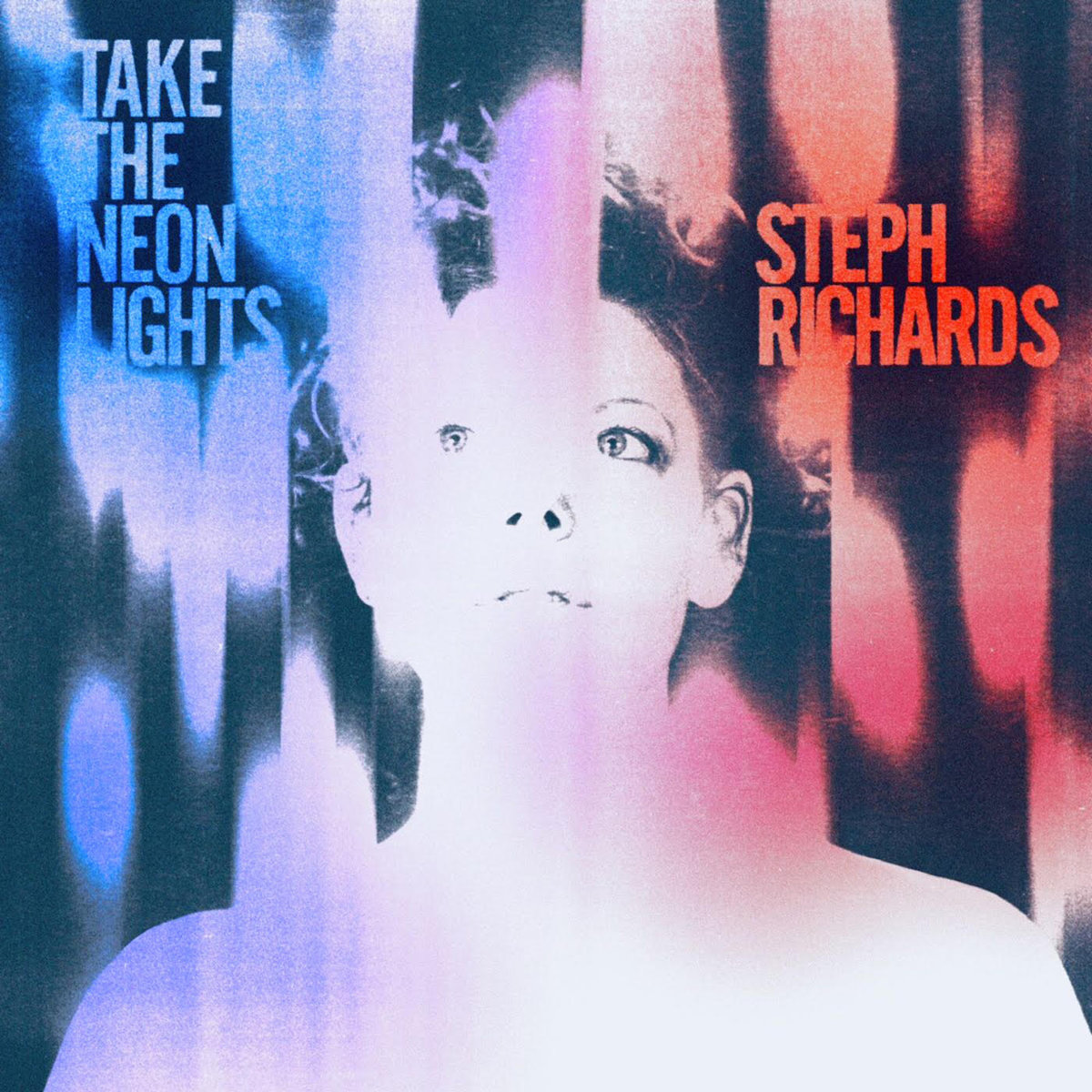 New York-based composer and trumpet/flugelhorn extraordinaire, Stephanie Richards returns with a follow up album to her stunningly sparse, cyclically inspired (as Richards’ instruments were set up in a semi circle during recording sessions) 2018 album, Full Moon (Relative Pitch).  The new collection of compositions is entitled Take the Neon Lights (Birdwatcher).

A glaring difference between Full Moon and Take the Neon Lights is that Richards expanded her band enlisting, James Carney on piano, Sam Minaie on bass and Andrew Munsey on drums, compared to her duo collaboration with Dino J. A. Deane on Full Moon. Of course, this expansion of instrumental collaborators makes Take the Neon Lights fuller and more layered. My interpretation of the album’s title would be that Richards created an ode to New York City and the hustle and bustle of urban life. The second track of the album, “Brooklyn Machine,” is uptempo where Richards plays short, tights riffs that morph, slur and transform throughout the composition, creating a free jazz track with just enough chaos to convey the gritty beauty, busyness, unpredictability and stressful navigation of gentrification that exists in the borough.

After the first two tracks, the album begins to gradually slow down, allowing the listener more of a chance to hear the interchanges and chemistry between Minaie’s bass playing, Carney’s piano performance and Munsey’s honed hi-hat skills and drumming.

The third track, “Time and Grime” opens with a tribalistic jazz fusion drum solo from Munsey, that mixes his bellowing bass drum with brushed toms that are played in a uniquely flowing, almost circular, rolling pattern. Richards and Minae come in together with sparse, clipped, eighth notes that swirl around one another. Carney follows with a similar style. The band only slightly swells through the middle of the song, but their chemistry is so on point that even the smallest crescendo is perfectly blended between all players.

As the album continues, Carney’s piano playing begins to take more of a lead in the band without overshadowing Richards’ controlled and focused performances that remain steeped in free jazz and creative music language. The band has a natural flow, each player knows when to fill the smallest hole of silence. If Minae’s bass and Munsey’s drumming are bonding and melding, Carney pauses, then finds his place whether it is to play a brief chord-driven a riff to fill in a sparse moment, or to play light arpeggios to blend and bond with Richards’ trumpeting, which at times can be fast-paced or slow and vulnerable. Each player has a well-timed intuition and is able to make Richards’ compositions move forward without a hitch.

The fourth track, “Rumor of War,” is a Hitchcockian piece resembling a battle growing from a creepy suspicion followed by the slow spreading of paranoia. The following track, “Transitory (Gleams),” continues the theme with a crawling, sensual, low, minor-toned musical expression that is somber and portrays a feeling of loneliness. From “Time and Grime” through to the end of the album continues to exude instrumental scenes of pain and glamour, privileged depression and invokes the complex sadness that Billie Holiday so brilliantly sang during her short, yet essential and emotionally penetrating life.

Stephanie Richards reveals a bit more about herself in the album as a composer and her ability to create scenic creative music. Her eclectic trumpet style, which is played in “movements,” throughout each song makes her playing stand out. She isn’t afraid to bring different moods in her style, never allowing herself to be pressured into establishing a one mode, seeming uninterested in having her sound being recognizable in a way where she plays in just one way, or where her albums sound similar enough to give listeners a chance to know what to expect.

This album is also timely because of the emotions, feelings of betrayal and vulnerability that are currently going on in the close-knit jazz community in New York. Richards observes what is going on around her and within to express herself. Whether she’s looking up at the moon, trying a new way of arranging her instruments or telling a story. She has a freedom and musical self awareness that is refreshing and out of the box. The liner notes for Take the Neon Lights on Richards’ Bandcamp profile reads, “Using NYC as a backdrop, her compositions are named from poems by icons Langston Hughes, Maya Angelou, and Allen Ginsberg, to name a few. Her music explores a spontaneous prose of grit and brilliance; the ugly beauty of NYC.”

If you are a casual listener, you will be taken on a slow, Edgar Allen Poe-esque ride that isn’t necessarily scary, but is a look at the world and perspective of the musician and human being, Stephanie Richards. This album is really strong and the intention behind the compositions are very well executed. The band gels more and more as the album goes on and it is a pleasure to listen to. The work is extremely well done, even outside of the mixing and mastering, Richards is opening up and understanding more and more about how to create crisp thematic scenes and images through her music.