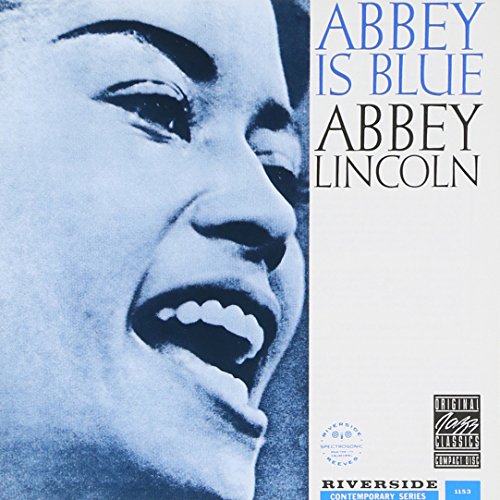 There’s something I’ve always believed about maintaining one’s innocence, and there’s a benefit of maintaining a healthy level of aloofness that I’ve always cherished: when a dream comes to true, or when you work so hard towards something and you cannot see the outcome in sight, the manifestation of the your desired outcome is much more satisfying when it finally comes into your life.

When I set out to look for Abbey Lincoln on vinyl in Winter of 2016, I had no idea that it would take me nearly 10 months to find her in quaint used record stores and bookstores of Baltimore City. I initially began my pursuit because there was something about the lack of her vinyl in local record shops that didn’t sit right with me, and on some levels infuriated me. Along with Max Roach being much more accessible, and me beginning to see patterns of the lack of available vinyl of women in jazz in general, I set out of a journey to “Find Abbey” and I didn’t care how long it took.

I attended Record Bazaar after Record Bazaar, went to shops often and couldn’t find her anywhere. I was getting restless many months in as I had endured, man-splaining, jazz-splaining and full on sexual advances from male attendees and buyers promising me that they had copies “at home” and if I wanted to come check out their collections I could. Or collectors would promise month after month that they would bring her to the next bazaar. I am appreciative and grateful to the collectors and their respective booths for indulging me, and sharing other great pieces of music that I was happy to purchase, but no one produced a solo Abbey Lincoln records, until a fateful rainy summer day in August at Normal’s Book & Records.

A girlfriend and I were just cruising the store with no true aim, and I had arrived a bit exasperated because one of my editors had informed me 30 minutes before, that I was late on a deadline. I thought my deadline was August 7th, when it was actually the 2nd. My friend and I arrived at Normal’s at 5:30 pm on August 3rd. I had other things on my mind when I asked about Abbey nonchalantly as the shop’s owner walked me to the back of the store to the book section to show me where the Joyce Carol Oates books were. On that day, I was casually looking for a used copy of New Heaven, New Earth as I had been lending my copy out to a friend, and I wanted him to have his own copy so I could obtain mine.

I wasn’t thinking of Abbey at that moment, But suffice to say, I remembered her, because my pursuit was very real and deeply embedded into my inner world, and subconscious. She moved herself from the back of my mind to the front urging me to dryly ask, “Do you have any Abbey Lincoln in?” While he pointed out where Joyce Carol Oates books were shelved, the shop owner replied that he did have her in. I grabbed a couple of Oates books and walked over to the shop’s counter and she was handed to me, Abbey Lincoln’s “Abbey Is Blue” was laid in my hands for $15. I asked if it was Tuesday because every Tuesday you get 20% off for purchases. I was told by my friend that it was Thursday. Sympathetically, I was sold the record for $13.

I’m still processing that I found her. Now, what am I going to be mad about? My long suffering pursuit has ended. My feminist manifesto on how this woman in jazz remains absent in the crates of vintage and used music shops in Baltimore has been (slightly) debunked.

I was told that there used to be at least 5 or 6 copies of Abbey at a time in Normal’s years ago but seller’s believe she may have become less available because collectors are “holding onto her”. Jazz has become more popular for young collectors, and I can assume since Abbey’s death in 2010, her work as become more “valuable.”

I’ve been thinking about the growth in value of the posthumous women in jazz, and I will explore this in depth, or at least at a tempered length several times over the next few years as I learn and think more about why women in jazz are never truly given the acknowledgement they deserve until very late in life or during their afterlife.

What do I know about the afterlife?

All I know in writing about Betty Carter, Alice Coltrane Turiyasangitananda, Abbey Lincoln, Linda Sharrock, and Geri Allen for this column is that I can connect and find my own relationship with them and their music even though their voices and bodies are not here on Earth anymore. I know that in speaking with their friends, families and fans that they changed lives and were loved. I know that I am doing the right thing in honoring their work and dedicating some of the life I have on this Earth to them and their legacies. It just feels right.

Searching for Abbey felt like it was something I needed to do to make sure she was still available to collectors, and if she was not, I would have worked hard to change the disparity of accessible music in independent music stores. I’d find a way to create a flow and maybe disrupt what many would consider to be a natural algorithm: music comes in and out of shops when sellers want to sell, and any collector looking would just have to wait … but for Abbey, I don’t want people to wait. How assertive of me …

As a feminist, it is a responsible of mine to monitor and help create balance for women in music.