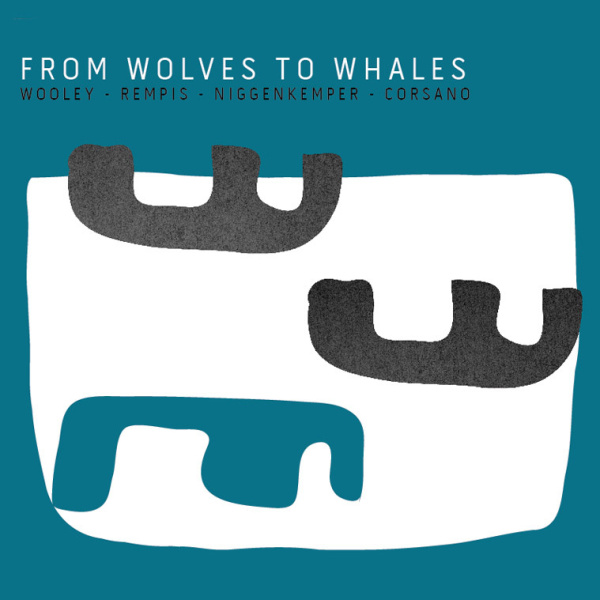 This collaboration is a meeting between alto saxophonist Dave Rempis, one of the stars of the Chicago free jazz scene, and three important figures in New York. Nate Wooley has been making waves as one of the leaders of a new generation of trumpet players who are together redefining the instrument. Corsano, who often works in Wooley’s groups, has been doing some very interesting drum work as of late. And Niggenkemper, who has emerged more recently, has been making waves especially in the past year as a rich-toned, sometimes subtle, sometimes bold, versatile player who is appearing more and more as a sideman in innovative ensembles. Together these four musicians offer us five pieces that display their talents as improvisers and soloists, while weaving their aesthetic concepts into a cohesive vision.

“Slake” opens with Wooley’s well-articulated signature micro sounds that wake up our ears, as the other musicians gradually join in. Corsano adds energy while Rempis contributes his warm tone. This piece, like those that follow it, shows a great deal of patience. In almost every case, the songs take a while to unfold, but the setup is well worth it and the subtle beginnings build towards a surging center. At 5:50 of the opening piece, Wooley takes off with percussion adding to the revelry. By 8:00, the horns are leaping over each other. Then the music takes an unexpected turn into a beautifully bowed solo by Niggenkemper, showing his talents. Finally the piece returns to its origins, receding into smaller, subtler sounds, this time with bass playing a leading role along with Rempis and Wooley.

“Serpents Tooth” again takes a little while to develop with Rempis starting out front in repetitive circles joined by percussion. By 3:30, the outer edges of the piece begin expanding into new territory and by the midpoint of the song, Rempis is burning with intense fire with rhythm providing all sorts of fuel. Then Wooley and Rempis again duel before a long retreat.

“Stand Up for Bastard” is the centerpiece of the record, beginning with small notes that accumulate like rain towards the torrent. Drums and bass have their most exquisite interplay here. “Swingin’ Apoplexy” then serves as the counterpoint for the rest of the album as both Rempis and Wooley take a more tender turn with mutes and submerged tones. Then “Count Me Out” offers a fitting end to the album with Wooley really coming out of the fold and joining Rempis’ burning alto.

This album exhibits plenty of energy and imagination as the interactions between instruments are often not what we might expect. Rempis’ warm sound often washes over the sounds of the other players, seeping through the subtler Wooley, though cut and electrified by rhythm. And though these interactions are quite satisfying, at times it feels as if the balance of voices is thrown off a little. Wooley’s trumpet sometimes comes across a little too subtly, at the same time with Rempis’ alto overwhelming the canvas. Much of this may have to do with how the album was mixed, giving us the impression that Rempis is at center stage with Wooley a bit further back, at times fighting to be heard. The aesthetic experiments nevertheless introduce is to the possibilities of what these four musicians can create together. We can only hope that more is to come–not only from the respective contributors on this record–but more connections between the Chicago and New York scenes in general.

Aerophonic Records is run by Dave Rempis, founded in 2012, and has already released a number of promising records in such a short amount of time.