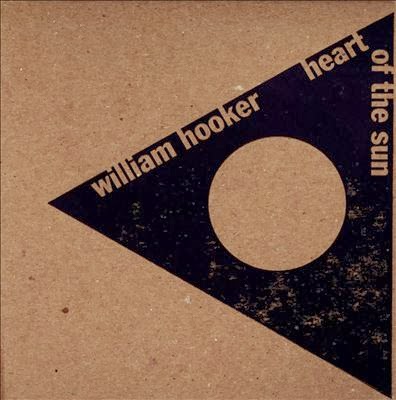 Today as the great trumpeter Roy Campbell is laid to rest, I sat down again to try to articulate my thoughts about the recent record he did, Heart of the Sun, led by William Hooker, and joined by David Soldier. As with all of Hooker’s music, this record blazes an exploratory trail along which the musicians exhibit limitless raw energy. Thankfully even in 2013, these musicians refuse to refine the ragged edges, rather it is the uncharted periphery that they find most enticing and worth exploring in the eight tracks on this album. There is a sparseness and a solemnity present throughout this music, one of reflection as well as intrepidity that brings the artistic vision to its fullest expression.

The record opens with a burst of energy and intertwined musical voices. Campbell is boldest right at the start with a broad sound that grows more subtle as the record progresses. Soldier’s work is impressive on all three instruments as he seems to constantly evolve in how he relates to the other two musicians. Most of the time Soldier inhabits the musical center–driving the music forward as Hooker and Campbell fill contrasting roles. Hooker’s low rumbling–churning energy that simmers without boiling over–and Campbell’s often muted lines that accent the collective sound or cut brilliantly across the deeper center–strike an unsettled, defiant feel. Together they spin experiences of sadness, yearning, disappointment, triumph in the various songs on the record.

“Bike Lane” is a provocative piece, crafting the monotonous sounds of the city through which Campbell’s muted trumpet rises over drums and cymbals. As a point of contrast, “Snowflakes” is a fascinating piece that pairs the flat sound of the banjo with muted trumpet and flute in succession over rumbling drums. On “Seat of Green” Campbell’s trumpet work dances like fire. “Slippers” takes an interesting turn as the opening drum solo shifts into a duet with Soldier’s warm guitar that features crackling interactions between Hooker and Soldier. Two somber pieces conclude the record written in honor of the late violinist Leroy Jenkins.

This album, recorded live at Roulette less than 11 months before Campbell’s recent passing, stands as one of the trumpet player’s final recordings. Hailed as an innovative and adventurous player, he worked closely with figures such as Cecil Taylor, Henry Threadgill, William Parker, Billy Bang, and many others. Campbell’s death at age 61 is a terrible loss for the community of musicians and others who knew him in New York and for creative music and jazz enthusiasts worldwide.