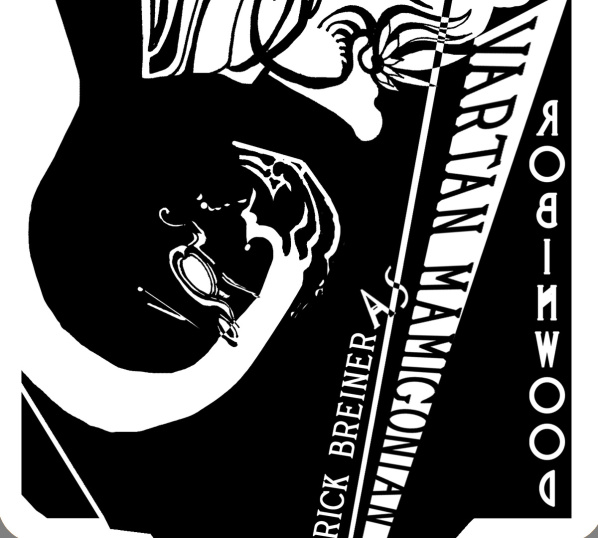 Patrick Breiner (tenor saxophone, clarinet, snare drum) is part of a young generation of eclectic musicians performing creative music in Brooklyn that seems to have fully abandoned pretensions of making their music commercially successful or even widely witnessed in the live setting due to the lack of arts funding, performance venues, and marketing apparatuses to spread their names. Rather Breiner (and some of his associates) have turned towards a personalized musical experience that can only be captured in the moment–live performances that are sometimes rarely or never repeated or albums that are produced with considerable emphasis on hand-made design, but which are distributed in very low numbers such that they are only available to the community of listeners who hear performances personally (though available in another form online). While we might readily critique the unfortunate realities facing young creative musicians today, the resulting artistic aesthetic has much to offer. The musicians involved seem to have returned to the essence of live performance as it existed before mass production of records, radio broadcasts, and the like which transformed the local, personal experience of music to one tailored for a more generic, impersonal audience.

Breiner’s record, which documents a solo live performance at the Robinwood Concert House in Toledo, Ohio, captures his personal touch rather well. The first track is an extended tenor piece that plays on movement, structure and anti-structure, appropriately titled “Motion Sickness,” as Breiner notes, “for its effects on my physical well being.” The first eight minutes of the piece were removed “because of its inaudibility.” Having seen the piece performed live at I-Beam in December 2013, I can elaborate a little further on Breiner’s performance. To start the show, he approached each audience member personally and with head down, he rubbed his fingers rigorously close to each ear, so as to warm up and sensitize each person to even the slightest sounds occurring around them. As Breiner explained, “I gave each audience member a short, quiet concert that only they could hear before playing to the room as a whole.” Then he opened the piece with a mere tapping of the keys on his tenor, slowly, softly, subtly with gradually increasing rigor. Before long, full-bodied lines swirled from his instrument displaying constant motion. He manages the difficult task of getting us to hear the underlying direction of his music through constantly shifting tones–so there is something firm at the center, but colored with malleable, convulsing, and changing tones over the top. Then on top of it all, he sways back and forth constantly, creating a Doppler effect. The final moments bring the piece to its buzzing conclusion as the motion finally subsides.

The second piece, features clarinet played into the top of a snare drum. He opens with clear clarinet tones, but soon begins to project it into the snare, giving it, at times, a duet feel, as he is able to simulate a rolling snare sound. The woodiness of the clarinet and the flat, pale sound of the snare manage a certain resonance before fading into oblivion.

The record was recorded as part of a tour Breiner did with another solo performer, Rob Lundberg (In One Wind, Killer BOB). Breiner is an exciting player still dwelling in Brooklyn’s deep underground scene. He also leads Double Double (free jazz quartet featuring two bassists), Cirque du Sol-Sous (a large scale game piece), and co-leads the avant new jazz / theater trio VAX. Only recently turned thirty, he is beginning to establish himself as one of the bold musical voices of a new generation.