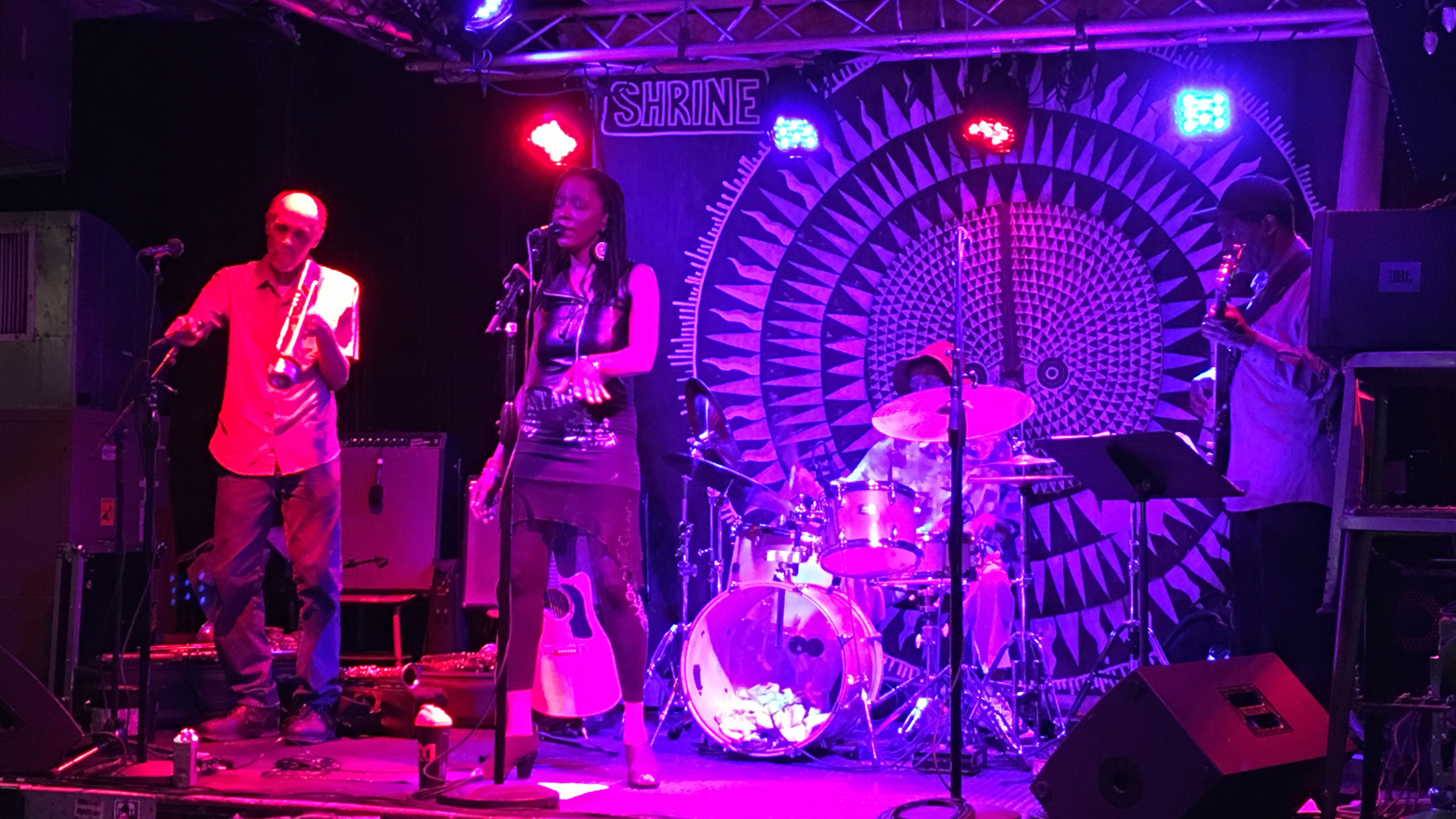 Lindsey Wilson headed up an eclectic night of music at the Shrine on Thursday night in Harlem. In a number of varied formations, Wilson (voice, guitar) led her group, Human Hearts Trio, with drummer Reggie Sylvester and bassist Michael Trotman. Wilson is a singer-songwriter whose lyrics offer biting commentary on many of the great issues of our time–police brutality, cultural dignity for African Americans, and myriad forms of structural violence–as they have manifested in the United States today. For this particular evening, the trio was joined by legendary multi-instrumentalist Daniel Carter (trumpet, saxophones) and spoken word artist Rachel Righteousluv.

The night began with the entire band, plus guests, but shifted as the night went on into the trio plus Carter, a duo of Wilson and Righteousluv, and just the trio itself. Each ensemble enabled Wilson and her compatriots to explore different sorts of sonic and lyrical possibilities. The core trio itself wove together personal tales with political vision in songs such as “Fight Back,” which Wilson introduced as a non-violent protest song demanding community action and justice. The special guests each transformed the music in their own way. Righteousluv brought her poetics and dynamic vocal style that really pushed the music forward. Carter, one of the most adept living improvisers, made use of every space availed him, where he added doses of tension, flashes of light, or soulful wails. Given the spectrum of music ranging from folk to pop to spoken word to free jazz, there was something for everyone at the Shrine on this night.