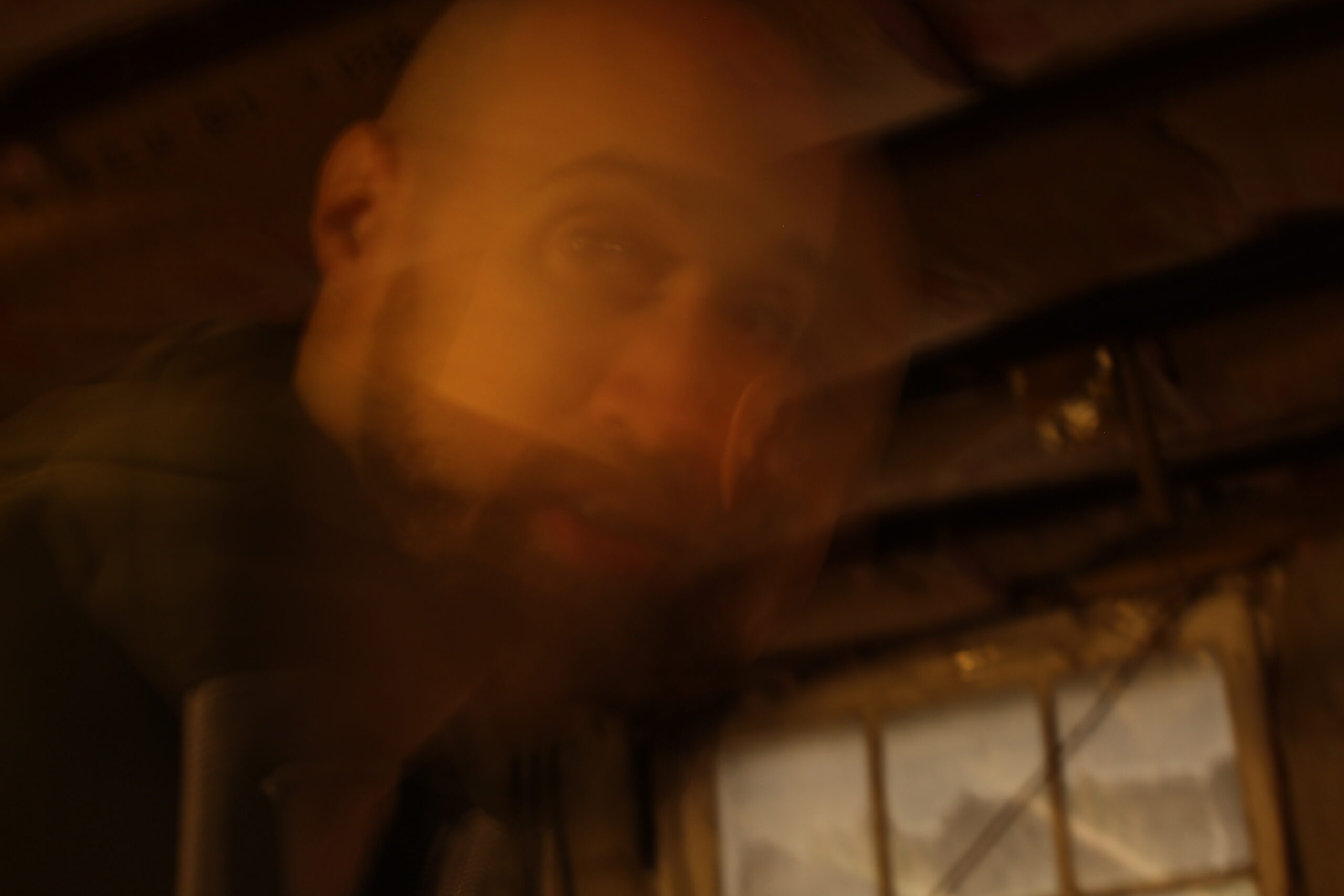 I had the oppotunity to speak with guitarist Lucas Brode earlier this month about the record, A Vague Sense of Virtue that he released with drummer Kevin Shea on September 25. I previously reviewed the band during a live performance at the Troost in 2018. The record is available on Bandcamp.

Cisco Bradley: What was the spark for the music on your new record, A Vague Sense of Virtue?

Lucas Brode: Well, most things I do tend to come about very organically and gradually – not necessarily sparked, but more so slow burning. I am constantly writing and sometimes I realize that certain pieces or ideas actually belong together for the same project. This collection of music came to me while obsessively listening to Paul Motian records and re-watching all the films of David Lynch chronologically for the millionth time. I had also just found the Jakob Bro record Streams with Thomas Morgan and Joey Baron, which totally blew my mind. Anyway, those things inspired me to take some simple melodies I wrote and organize/improvise with them in this sort of light/dark dichotomy. Like opposing sides of spectrums conversing with each other, sometimes sharing the same space-time, and working to create a subconscious or dreamlike environment. Or maybe it’s superconscious? Those might be the same thing depending on the context.

Lynch works with this idea of dream logic, which is exactly what it sounds like. When you are in a dream, you never question why you’re walking through your old high school that becomes your grandmother’s house when you turn the corner. It just makes sense in the moment. So the work travels from one place to the next within its own self-realized sense of understanding and it doesn’t have some pre-described method or style imposed upon it or guiding it. It’s not genre specific or locked into a certain school of thought. Paul Motian’s music is like that too. He totally had his own sense of meter-less time that flows in its own way and that drove his sound. I would say dream logic is the thing that ties this record together musically. And I see Pauline Oliveros’s deep listening concept as very similar, but more sensory and grounded, so that was a big driving force in the sound collage elements and the mixing of the record as well. All of these artists work within a fairly egoless framework, which is a goal for me too.

CB: How did you and Kevin Shea first meet? What about his approach to music made the duo work?

LB: Kevin I had known about forever. I’ve been a huge Don Caballero fan for a long time and he was in Storm & Stress with Ian Williams, the guitarist. That music is so beautiful and loose and unique. His drumming is like nothing else. I was familiar with Talibam! and his improvising with others too. I recently found out he is on a Rhys Chatham record that I was really into for awhile. My friends in the great post-rock band Jerkagram knew him for years and kept telling me I needed to play with him. I think it was the last show of a solo tour I did in 2015 that we first met. It was at Palisades in Bushwick, which I heard is some kind of fancy restaurant now? Weird. We started playing together shortly after that in various formats. I just love how unpredictable his playing is and he has such a wide dynamic and textural range. I think the textures he creates on this record are remarkable. Texture is huge for me. The fact that he has a background in punk-related music AND jazz really helps me connect to him musically in a special way. His playing isn’t genre-specific or locked into a certain school either, so it’s perfect for this music. Honestly, what really makes it work though is that he’s just a joy to be around. He could be a horrible drummer and I would still enjoy making music with him. The fact that he is one of best and most unique drummers around is just a big plus. I really have no interest in making music with people who are not enjoyable to spend the time with. I got really into Hal Hartley films last year and then of course I found out he loved that stuff too. So we can hang beyond the music, which just ends up making the music even better. 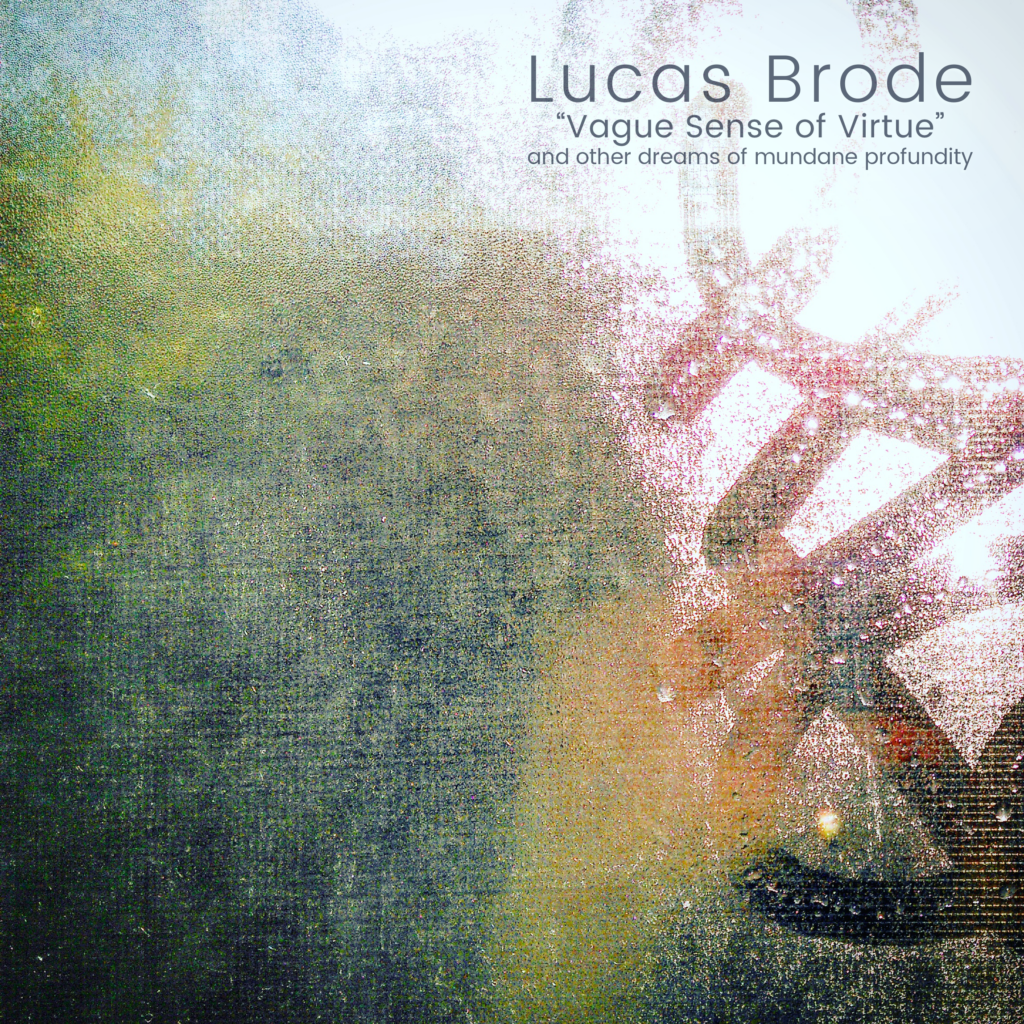 CB: What are the major aesthetic influences on you as an artist?

LB: I am not sure if this is an aesthetic thing in the traditional sense, but I think about movement through spectrums. I want to make use of time, not just have it go by. Especially in work that involves improvisation. The simplest example would be dynamics. I always want to be traveling through a range. So one side of the spectrum is silence and the other side is your loudest possible volume. I never want to just pick a spot and stay there for too long. It has got to go somewhere for me to feel right about it. There are spectrums for tonality, texture, density, mood, all sorts of things. If you are hanging in one spectral zone, you have to be traveling through another one. I really want to show a wide emotional range, which is hard when things are too static. I try to get the music to ‘hit’ like that too. Deeper than just the brain or the body. Hopefully, it does. Honesty is very important too. I always look for that in any work. I don’t want there to be any posturing. It has to feel like it’s coming from a real place and not just a surface level thing. I would rather observe someone searching for something than observe someone trying to prove they already found it.

CB: What was your process for studying guitar?

LB: Well, studying early on was just strumming along with punk songs as a kid. I basically figured out how scales and intervals worked from making connections with the punk songs I learned. When I later started studying music theory, it reinforced and put names to some things I already basically knew. I also started playing jazz in high school, but I really didn’t really know what I was doing until much later when I started actually enjoying standards and stuff. It was only after I made connections in the way the harmony flowed, instead of seeing each moment as a static thing, that I started being able to get through tunes in a way that felt right. I’m not sure I have a process for studying these days. I play a lot and just try to find the sounds that the guitar wants to make. I have no interest in fighting the guitar or forcing it to do things it doesn’t want to do. I have no interest in having control or power over the instrument. I see it as more of a partnership. I stopped using a pick years ago. It just started feeling forced. I utilize open strings and harmonics and some sounds that many consider incidental or accidental or even non-musical. Also, I’ve been learning some pop and indie rock songs to try and find what people really connect to en masse and then figure out how to put them on the guitar without losing the truth of the thing. Sinead O’Connor, Hole, Phoebe Bridgers, Tom Waits, The Replacements, all sorts of stuff. Mostly quickie solo guitar arrangements, but sometimes a bit more fleshed out. Sometimes it works, sometimes it doesn’t – but I find it very worthwhile and enjoyable.

CB: What other projects are you working on at the moment?

LB: My number one project right now is staying sane and healthy. Finding some internal homeostasis in this chaos. It’s a full-time job that we all have now more than ever and it’s the most important thing. I’ve been trying to exercise and meditate more and find things to keep me grounded. My newest way of doing this is watching VHS tapes, which I find very soothing. In terms of music, my main project has always been solo guitar. I had been touring solo a lot over the past few years before things shut down. I actually have two solo records that I finished earlier this year. One is electric and one is acoustic. Now that this record is out I have to figure out how to release those. I also have an improv trio recording with Majid Araim from Atlanta on mandolin and Al Margolis doing his thing. That should hopefully come out sometime within the next year too. I recorded and mixed and mastered all that stuff myself. I have been mixing and mastering some recordings for my friend Jessica Ackerley too, some really great duo improvisations with folks. I would love to do more of that work, it’s super fun. My main NYC project over the past year has been a trio with Ben Rolston on bass and Colin Hinton on drums. I call the music Cowboy Slowcore. A totally different collection of songs that I hope to record with them in the near-ish future. I have I think two albums worth of material for that project already. We were doing monthly shows at Troost in Greenpoint where we did a lot of covers too. Sad cowboy songs like Wichita Lineman and I’m So Lonesome I Could Cry, but also doing other stuff in that style like My Bloody Valentine and the Cranberries. Some of the most beautiful musical moments I’ve had in a long time. Daniel Carter actually saw our first show and the first thing he said to me after was, “Do you watch that show Twin Peaks?” which is the greatest compliment I have ever received.

CB: Is there more music to come from the duo with Kevin Shea?

LB: We have a duo album of improvisations that I self-released on Bandcamp last year! It was recorded by my friend John Thayer at Thump in Brooklyn on the same day as A Vague Sense of Virtue, after we finished all the drums. It’s called The Importance of Being or Not Being, Whichever. Before this project, we actually had a trio playing totally different music. First Johnny DeBlase played bass and then Ben Backus, who I played with in Hannibal, Montana, for years. That music is wild. All odd time stuff, sort of like free-jazz math rock I guess. I think you saw that project at some point actually. I really hope we can record that music eventually. It deserves a proper document. I try not to make the same record twice though, so I doubt Kevin and I will do another record anything like this one. This is the one.