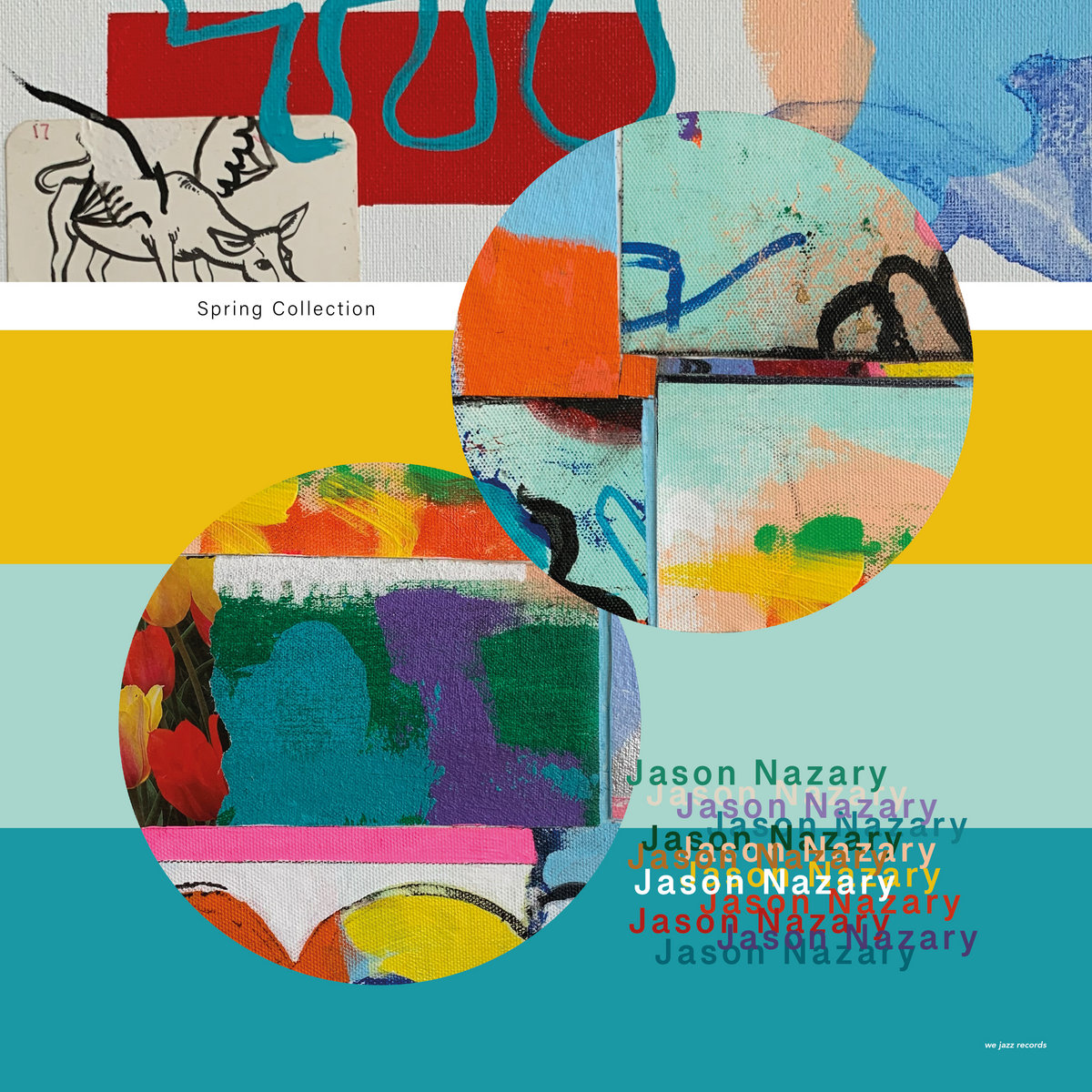 Jason Nazary’s June 25 release Spring Collection is one of many home recording projects undertaken around the world during the course of the Covid-19 pandemic and lockdown. In the drummer/composer’s own words, the record’s aim “was to capture the spirit of spontaneity and collaboration lost in the absence of live music.” Nazary accomplishes this aim with skill and creativity, using a combination of modular synthesizers, found-sound percussion (often from assorted household objects), and, crucially, half a dozen diverse contributions from a roster of seasoned improvisers and collaborators. In blending these ingredients into a curated and personal creative document, Nazary manages to capture the spontaneity and collaboration of live performance through the creation of soundscapes that would likely never occur on a live gig.

Frequently, Nazary uses his synthesizers as an organic extension of an already wide timbral palette. The drumset will blend into the analog electronic textures in a way to suggest a single hyper-instrument. The contributions from various improvising collaborators are added to the mix to provide color and contrast, suspended between preservation of the extemporaneous nature of the initial recordings and judicious use of editing and processing to blend them into the overall sound world. At times it is unclear which sounds are coming from a synthesizer, acoustic percussion, or another instrument. The track “Pulses Of Wind, Real Or Imagined” featuring David Leon on various flutes encapsulates the range and flexibility of this approach. It opens with a pointillistic array of breath percussion from Leon, pitch-shifted, panned around the stereo field, and interspersed with near-identical synthesized sounds. To me, this creates a disorienting feeling like that of being surrounded by two different species of bird while they attempt to mimic each other’s calls. When combined with a rubato acoustic drum improvisation from Nazary, the resulting texture is a lightly enhanced version of what you might hear at a typical free jazz concert. Over the course of the track, this realism is distorted through subsequent lenses of electronic manipulation and interjection, finally closing with a few dissonant clusters of exposed, overdubbed flute.

Throughout this process, occasionally the seams between the initial compositional impulse and later improvisational elaboration seem to reveal themselves. But as soon as a clear sense of each sonic component’s “role” begins to appear (as so happens unconsciously when listening to a group of musicians improvising in the same room, or at least in the same temporal space), the structure will invert itself. Suddenly the electronic backdrop of a trumpet improvisation by Jaimie Branch will interrupt and respond to the soloist, or the trumpet itself will morph into a synth or vice versa. Perhaps the most exciting thing to consider about this approach is it allows Nazary to work forwards and backward in time simultaneously – using synths and percussion to lay groundwork for an improvised contribution which can later be re-processed into new raw material for composition.

The overall effect of Spring Collection is a paradoxical assembly of colors and textures, at times jaunty and rhythmic, at others eerie and industrial. Though created under social isolation, the imaginary realm suggested by this music is not imbued with introspective solipsism, but with an expansive worldliness. Nazary’s music has been the soundtrack to my first two weeks in my new temporary home of Rijeka, Croatia, and has become closely associated with a view of the city’s waterfront: a beautiful jumble of colorful Austro-Hungarian architecture interspersed with modernist vestiges of the city’s socialist past and scattered remnants of what was once the largest port on the Adriatic. In particular, the view of a modern container shipping terminal immediately behind a stately riverside promenade – the twin vibrant collages of nineteenth-century buildings and masses of intermodal containers forming a distorted reflection of one another – seems perfectly resonant with the multifaceted world of Spring Collection.