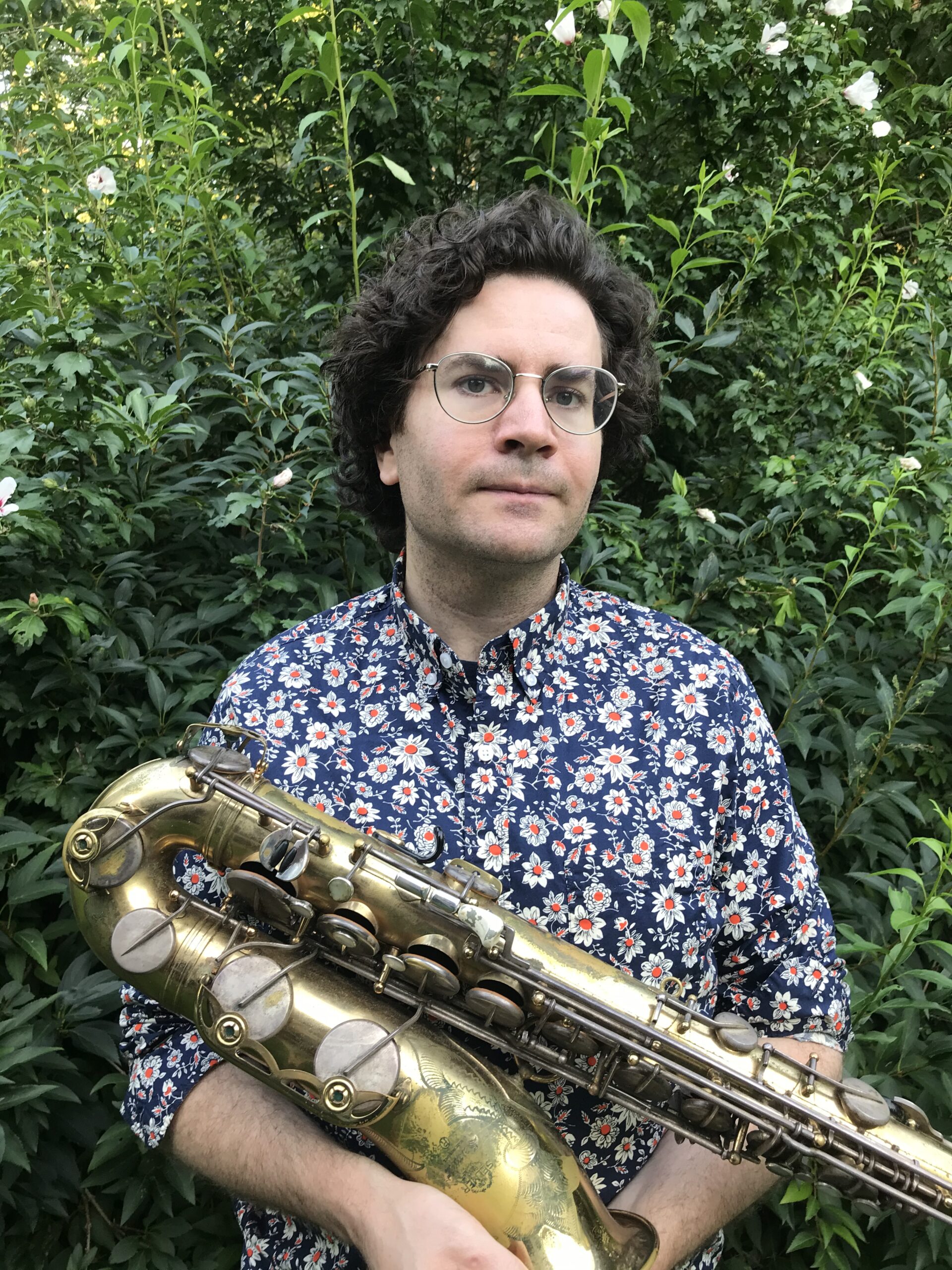 Before I write about my personal and artistic experience during the pandemic thus far, it feels important to acknowledge that this period of time has been devastating for countless people.  Whether it’s losing loved ones, working in an over-taxed health care environment, losing one’s business, or dealing with severe long-Covid symptoms—my compassion remains with those who have been affected by the pandemic in these tragic ways.  My experience is just one of billions.

At the beginning of the pandemic shut-down I was surprisingly relieved to have my future plans shattered.  Part of me knew that I badly needed a break and if it weren’t for the shut-down I would have never allowed myself to have one.  On the outside it might have looked like I was busy and having fun playing a lot of music, yet there were so many forces that created a drive to stay busy without proper regard for self-reflection, sustainability, or time.

Some of this drive was based in genuine passion.  Performing music “live” is when I generally feel most alive.  To me, concerts still have a sense of sacredness to them, even though in many cases this quality has been forgotten or distorted.  When I perform at a concert, I feel invited to give myself to the collective energy of those gathered.  Part of placing an importance on performing is to offer this invitation to others: a direct experience of interconnectedness and a level of communication beyond the mind—what I’ve come to experience as Love.

This being said, there were also plenty of reasons that I kept such a packed schedule that are intertwined with the ego and survival instincts:  the fear that people will forget about me if I’m not active, the fear of not being able to pay my bills,  the fear that if I don’t keep pushing then my music will become dull, and on and on… Although I don’t think these fears were driving my life, they were nevertheless present and having an impact on my professional actions.  Most of these fears were based on not being able to play anymore which I ultimately link to a fear of death.

Because of the shut-down and qualifying for unemployment assistance, I was given the generous opportunity to stop without these familiar fears, as live concerts simply weren’t happening and there was nothing I could do about it.

I am lucky to currently be based in southern Vermont.  Being grounded in one place, especially the place that I consider to be home, was surprisingly liberating.  I hadn’t been in one place for more than a couple of weeks at a time without traveling in years.  There was something magical about taking the same walk around a nearby marsh everyday while becoming more attuned to my surroundings. I became familiar with certain trees, flowers, birds, etc. opening up to friendship with non-humans.  There was a feeling that I didn’t need to go anywhere else, that there was more than I could ever perceive right in front of me.  Furthermore, I felt closer to the deeper rhythms of the Earth, namely the turning of the seasons and how incredibly dynamic and riveting these great rhythms are— And that we are not separate from them.

Because of having this increased “free” time, I began a daily practice of waking up early in the morning and simply sitting in a chair for one hour doing nothing; no meditation practice, no focus, just being very quiet and not having any agenda for anything to happen, or even to have any kind of experience.  I have been a devoted meditator since I was a teenager, and although this sitting practice is related, it also felt singular to this time in my life, more directly in service to my mind decompressing.  This practice, although on the surface could be considered a waste of time, felt much more like a saving of time.  For the remainder of the day my mind felt more quiet and still which brought more presence, joy, and the ability to perceive more life through my senses.  Ironically I was more productive and creative because I could more easily focus.

I write about these personal experiences because they are all directly related to the music I’ve recently worked on.  I stayed plenty busy during the time, but without many concerts, a new space opened up to slow and quiet myself enough to experience what felt like the entire universe in one tiny area of Vermont.  I was also having a similar experience with my ears and music… As time passed I noticed that my ears became more sensitive to the subtleties of sound, at times an individual note sounded like its own universe.  This re-inspired the simple joy of music outside of the context of concerts.

During the summer of 2020, shortly after the pandemic first hit the US,  I was fortunate to receive a commission from the Yellow Barn Chamber Music Festival to compose a solo saxophone piece for their festival, which was operating as a series of live-streamed concerts. The result is a piece entitled
“The Obvious Place.”

While composing “The Obvious Place,” I had one of the most beautiful experiences of my life. One day I was improvising on the saxophone in my studio with my eyes closed, facing a glass door. I was struggling with writer’s block, searching for what came next musically in the composition. When I opened my eyes I saw, perched on my car just a few feet on the other side of the glass door, a broad-winged hawk staring directly into my eyes. I continued to play, eyes locked with the hawk. She was obviously listening to the sounds and responding by rhythmically moving her body in an otherworldly way, all while maintaining piercing eye contact. At first, I doubted that it was the sound of the saxophone that was related to her movements. However, if I stopped playing she stopped moving. I felt a communication unlike anything I had experienced before. It was a connection so ancient and so generous. In that moment I could feel that birds and humans once shared a common language, and that it is still possible to remember and participate in this communication today if one is willing to be trained.  I always imagined this shared language taking place through sound, but it was clear that she was teaching me a language where sound and movement are not separate. This communication continued for around fifteen minutes, and as time passed I honestly couldn’t tell who was following who. I didn’t know whether my notes were being responded to by the hawk’s movements or whether my notes were responding to the hawk’s mysterious movements. Eventually, the hawk flew directly at the glass door toward my face, and turned at the last second and flew away. After this experience, the idea of writer’s block seemed so ridiculous and irrelevant. The most prominent musical motifs within The Obvious Place are the result of this magical interaction.

During the fall of 2020 I released Inner Garden, an album-length composition that I composed for and performed with one of my favorite new-music ensembles Yarn/Wire.  Yarn/Wire is an amazing ensemble consisting of two pianists (Laura Barger and Ning Yu) and two percussionists (Russell Greenberg and Ian Antonio).

It was a true joy working with Yarn/Wire and I hope we can continue working together in the future.  Rather than writing more about Inner Garden here, there is a nice video as a part of Yarn/Wire’s Feedback Series that features all of us speaking about the piece, the process, etc.

During the fall of 2021 I also organized two separate, 10-day rehearsal retreats in Vermont with my bandmates in my tenor saxophone quartet Battle Trance (Patrick Breiner, Matt Nelson, and Jeremy Viner).  It felt miraculous to have this amount of time working together given how busy we all previously were.  At the end of these retreats we recorded our upcoming record, Green of Winter.  The album will be released in August (official release announcement forthcoming) and we are planning tour dates around the release.  Spending this much time with my friends, both working hard on music while also making time for homemade pizza and joking around was a highlight of the pandemic times thus far.

The Winter of 2020/21 was a tough one: Among other things I was feeling isolated and feeling the grief of not being able to perform.  This was uplifted during the Spring of 2021 when my old friend and great drummer Jason Nazary came up to Vermont for a couple of days and we recorded some duo improvisations.  It felt great to connect with someone in a fully-improvised setting after working mostly with compositions the rest of the year.  These recordings, along with a remote recording track were released  as Tunnel to Light via TripTicks Tapes during the fall of 2021.  We were able to play a couple of concerts to support the release and it felt truly wonderful to play with a live audience again.

During the summer of 2021 I received a commission once again from the Yellow Barn Music Festival, this time to compose a work for a nine-piece ensemble (Antonina Styczen- flute, me- saxophone, Ansel Norris-trumpet, Oliver Barrett- trombone, Charles Overton- harp, Steve Mackey- electric guitar, Marcus Eliott Gaved- acoustic bass, Eduardo Leando- percussion, Matthew Overbay- percussion).  The piece is entitled Wild Tapestry.  The live recording of the premiere will be released as an album in April of 2022 via Out of Your Head Records (official announcement forthcoming).  Although I felt in over my head having to compose for a large ensemble (of mostly people whom I didn’t know personally) and had to work around the clock to complete the piece before the premiere date, Wild Tapestry turned out to be one of the most beautiful musical experiences of my life and I’m excited to share the music with everyone soon!

A highlight of fall of 2021 for me was to have my friends Jason Nazary, Andrew Smiley, and Nathaniel Morgan come up to Vermont for a rehearsal retreat .  We’ve been getting together on occasion over the past several years, working on a collaborative composition that we finally finished.  We are looking forward to recording in March and hopefully starting to play some concerts.

At the time of this writing it is late January, 2022. I hope that a more stable environment for concerts is on the horizon in the near future and I look forward to hopefully being in NYC on a much more regular basis again—however, I don’t want to forget what I have learned during this time, most importantly to be quiet and still enough to experience the magic of life, especially inside of the notes!

Thanks so much for reading and I hope you enjoy the music.