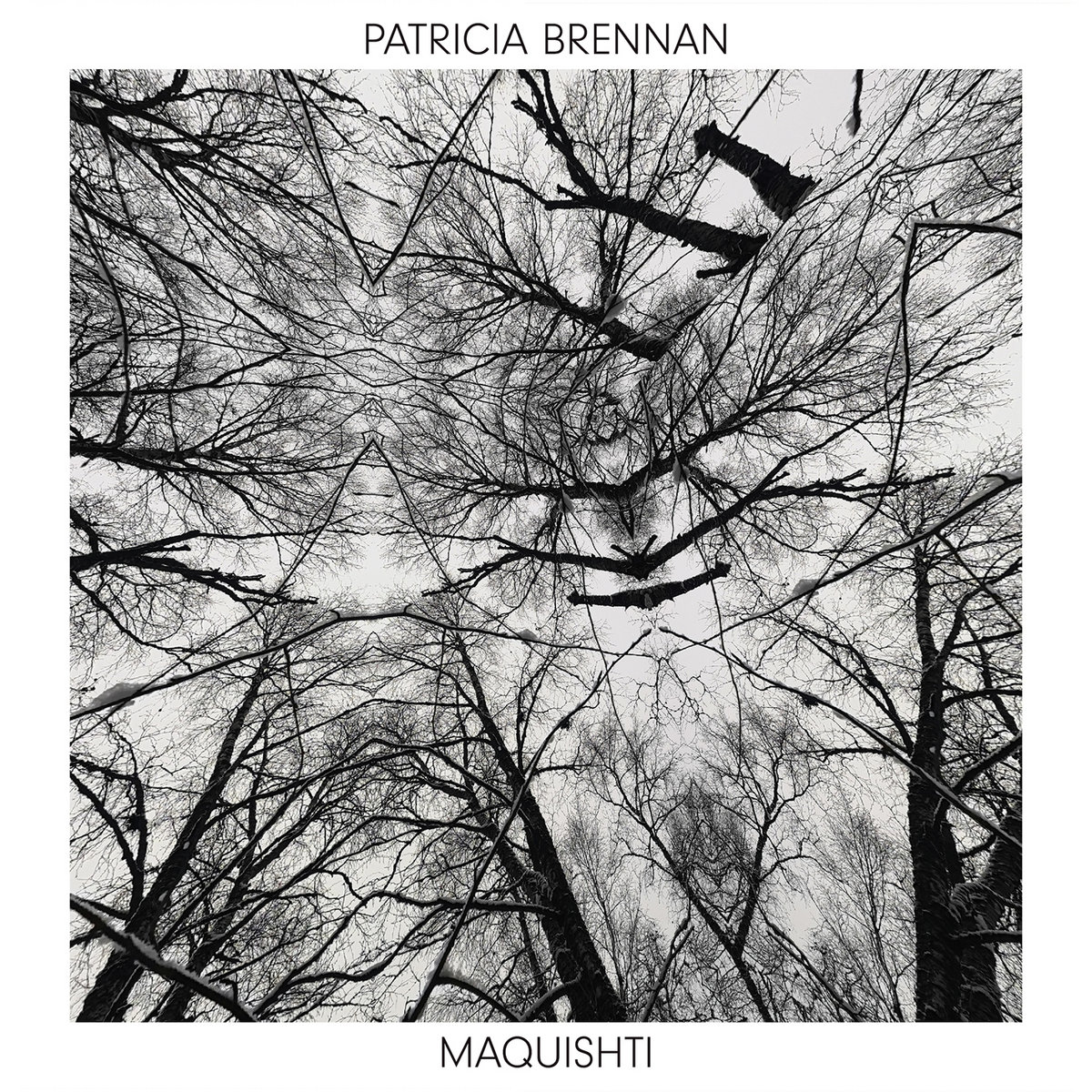 It gives me great pleasure listening to any vibraphonist and marimbist, and though I’ve written about them a few times in my career, I feel that the quality of what I am learning in this new digital age is only getting stronger in terms of searching out new and rarely spoken about musicians. As someone who studied drums (as a child) and upright bass (terribly, due to lack of discipline in my early twenties), and played alone most of the time on both instruments, I’ve always valued solo performance records. Whether it be bassists Miroslav Vitouš or Gary Peacock, or pianists Thelonious Monk or Ray Bryant, saxophonists Lee Konitz or Roscoe Mitchell, I believe these recordings helped me bridge a gap between Guru’s titling of “Soliloquy of Chaos” and the often used phrase self-reflection. And for me, it will always be a special area of interest in discovering music, old and new.

With this in mind, I was excited to learn that Patricia Brennan’s debut LP was to be a solo vibraphone and marimba affair. Maquishti is the album that fits perfectly into the category I described above. Though recorded in August of 2018, the files gifted to me have been in a stack of repeated listens during this global pandemic. The record propels a feeling of accepted aloneness, but never once falls into loneliness. While going through my solo vibes and marimba records section of my collection I thought a lot about the limited availability of some of these recordings. Even more tragic is the lack of attention some of these artists might receive in today’s hyper-digital listening culture. Within the Euro-classical world, there is Vida Chenoweth, whose 1962 Classic Marimbist might’ve been the first of its kind with a percussionist performing solo, or mostly so, on record. The many recordings of Keiko Abe are available, but yet her records were mainly confined to her home of Japan. And the amazing Karen Ervin whose titles are scarce and do not seem to have been widely digitized at the time of this writing. And of course, there are the 1979 Solo Vibraphone records by Jay Hoggard and Bobby Naughton which both act as dedications (in my mind) to Walt Dickerson’s masterpiece Shades of Love (1978).

Yet, Brennan’s style is born not in a place between the sometimes ridged disciplines of “Jazz” and “Euro-classical”, but maybe a more fitting world of composed improvisation. The album’s opener “Blame It” is a perfect example of this. Slow and quiet, Brennan uses a spacious technique that gives her composition plenty of room for breath. There are a few times when a slight warble is added (this happens throughout the record) and it adds a wonderful atmosphere to the sustention of the notes. With “Solar,” our musician implies a quicker technique in many spots of the piece, somewhat reminiscent of the “Mr. Fast Hands” styling of Johnny Lytle, while still leaving room for the effect to take hold on the ears.

“Improvisation VI” is the record’s first piece focused on the use of marimba. Employing a bit of a warm-up feeling, this and “Improvisation VII” are similar and acknowledge previous generations of playing traditions. The marimba was popularized in exoticized settings by fad creators such as Arthur Lyman and Les Baxter. Yet, variations of the instrument can be found from many points across the globe and they are used similarly to the drum. And while some say the vibraphone can sound a bit chilly due to the metal keys, they are both a part of the balafon family and have their own distinct stories to tell.

“Sonnet” is beautiful and delicate. Being the first single from the record, it embodies much of what Brennan’s work sets out to do with the project. One gets the sense of walking alone, contemplating life and all of its mysteries while watching leaves or snow fall to the ground. It reminds me of some of Gary Burton’s solo work from his Alone at Last LP, as does the tone on “I Like For You to Be Still”. “Point of No Return” starts with playful uses of mallets handles while “Away From Us” might be the most drone-like track on the record. Its ethereal sound is unlike anything I’ve ever heard from the vibraphone (save for the processed work of Marsen Jules).

When asked about the album’s title, Brennan says, “Maquishti is a word inspired by the náhuatl word ‘maquixtia’. It refers to liberating or freeing oneself physically, emotionally, and spiritually. Náhuatl is one of the oldest native Mexican languages that is still spoken in some regions of my home state of Veracruz (and rest of the country)”. I think this is a fitting way to describe Maquishti. The hour-long journey allows the listener to see a multifaceted musician to work out ideas from various musical disciplines that require much concentration and liberation from outside noise and influence. An increasingly rare occasion when a great artist allows you to watch them work . . . alone.