Mung Music is an innovative new Korean record label based in Seoul with a unique perspective. The rough translation of “Mung” alone gives listeners an idea as to the sounds coming out of their label— the expression: “spacing out”, or entering the space between the conscious and subconscious.

To fully appreciate Sunjae Lee’s relatively new label, the scope of his art and influences should be noted. Lee has experience playing the saxophone and has a rich background in visual art. Lee is a skilled Oriental brush-painter. He believes recording on a more “lo-fi” cassette setup (a Tascam 424 cassette recorder to be exact) enhances this genre’s sound. Mung Music, like Lee, is eclectic and ambitious. Mung’s work is recorded in Seoul, Korea and includes artists coming from a traditional Korean music background, but communicates with the broader global improvisational audience. To date, there are nine albums off Mung Music, each of which is available on Bandcamp. The label highlights regulars on the Korean scene such as guitarist Sungho Choi and drummer Junyoung Song, and includes the duo Daniel Ko and drummer Soojin Suh. Improviser Eunyoung Kim finds a place on the label as well. Mung does not shy away from newer musicians either. Flutist Taekjoon Kim and the trio SaaamKiiim solidify their place on the label, to name a few. 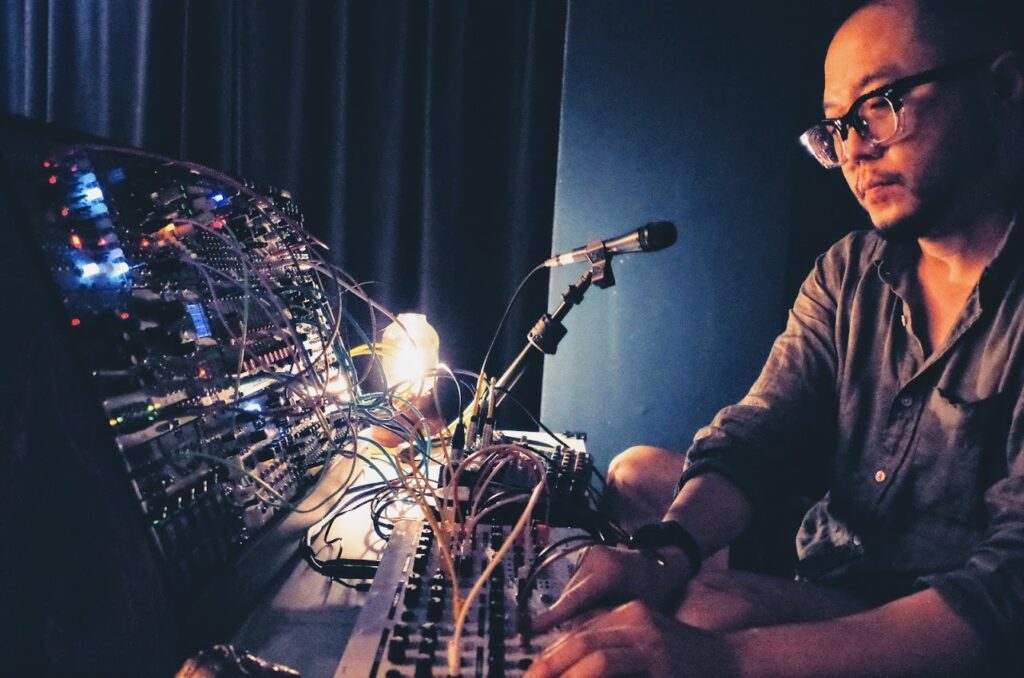 My introduction to Sunjae Lee’s label and work began with SaaamKiiim’s Ma-chal; the word, from my understanding, translates to something like “headstrong” or having “high energy”. Ma-chal begins like this. Sound enters lively, but then pushes back in confrontation. I dialogue with myself questioning what is being “said” and why. “Pointy Ma-chal” then seems an appropriate name for the crushing waves coming through my speakers. The track is a warrior plunging forward at us with great intensity. The blow is only softened when its duration (9:30) has run its course and the next “Moist ma-chal” offers a moment of clarity, following at the perfect time. The final notes of Ma-chal creak to life, opening like the birth of something mystical. Energy is released as if contained and busting out of confinement. At 3:40, almost in the middle of the track, we feel sound reach its apex and begin to “wind down”, slowly unraveling each layer sculpted before.

Choi Sun Bae, Sunjae Lee, and Junyoung Song’s Palindrome is a highlight on the label for me. “Gears” has elements of more classical “jazz” structure— the saxophone drags notes out longer and I focus on its ability to be both smooth and dynamic all at once. As the album progresses, the speed and consistency fluctuate— “Games” is a marriage of stop and go, taking the listener on an explorative ride. I view the album’s cover art always in conversation with the sound art. Both Palindrome and Ma-chal highlight a series of rise and fall, an increase and decrease of tempo, and a change of pace. The visual descriptions of sound to come is a fitting “preview”. Looking at the album, I see a wave of dark motion. Both album covers are colorless and exude great depth. I advise the listener to study the imagery put forth, while simultaneously immersing oneself in the music. The effects should be felt on more levels than one. 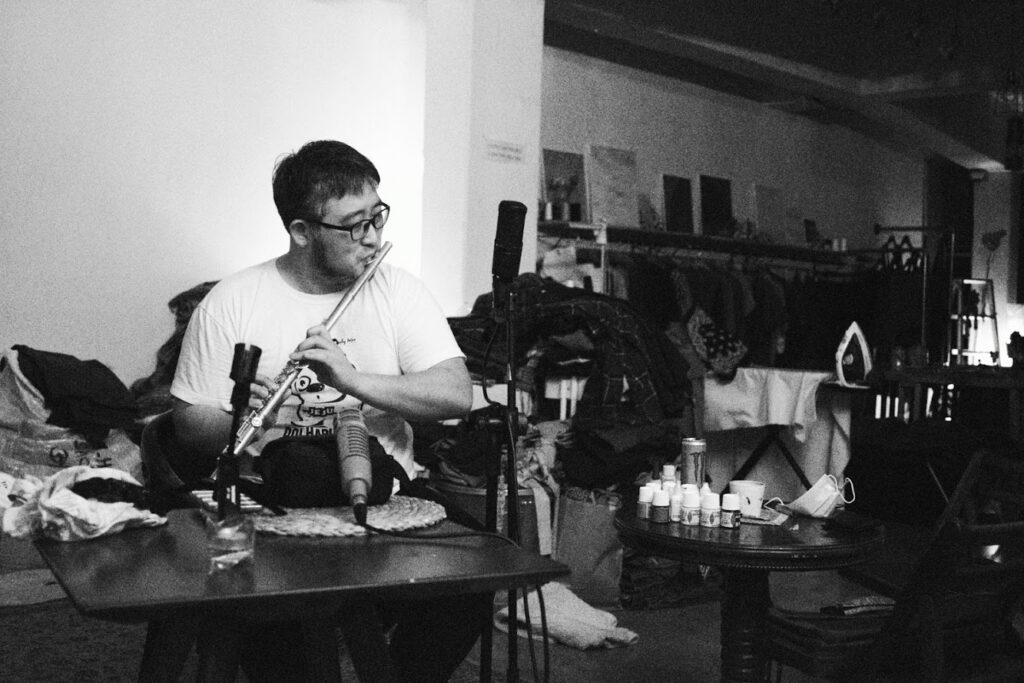 Echo Chamber, as the cover suggests, is an exploration of the path the flute takes (the imagery is a winding spiral meeting a focal point at center). Taekjoon Kim’s flute moves freely, and I visualize a dancer, quick on their feet folding their body inwards, opening and contracting, finding small moments of stillness in motion. The flute moves as fluidly as water, rippling and circling outwards on occasion. “Draft” is peppered with skittish energy. I eagerly follow each direction Kim takes as he creates a totally unique space where each moment of sound is unpredictable. “Obedience” is another wildly untamed track on Echo Chamber. I envision the live performance this series would yield. Though I’ve never seen Kim play, I imagine intensity and impact commanding the room as breath is directed to more notes than I thought possible for a singular space of time. This is the kind of sound abstraction that demands attention. Listening is a powerful experience, but I wonder the effect of engaging our eyes as well.

An interview with Sunjae Lee by Michel Rondeau, “Sunjae Lee and Mung Music: Korea Revealed” explores Lee’s work in the context of place. Lee is a saxophonist hailing from Boston. In surveying the music represented on his label, Lee’s combined interest in Asian brush painting and music is apparent. Each album and group he collaborates with contributes another stroke to his wide canvas. The label’s most recent releases include Alchemy by Daniel Ko, Soojin Suh released in November of this year and Carbon by Sungho Choi and Junyoung Song, released in September.