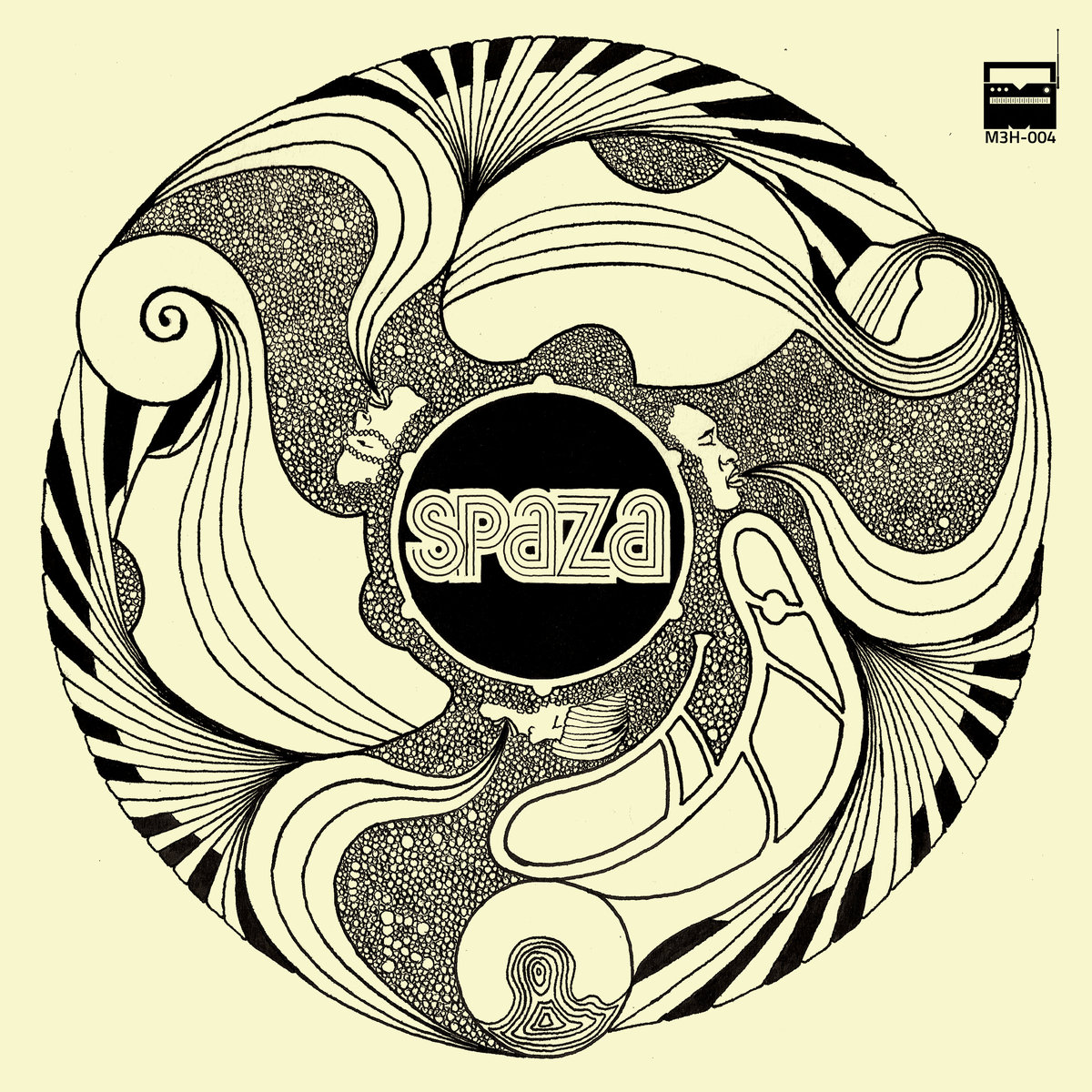 Mushroom Hour Half Hour is a Johannesburg, South Africa-based experimental music label. A quote from South African musicologist Dr. Sazi Diamini gives a look into the label’s philosophical approach to music-making, “There is no formal process as such ….. it’s an experiment that relies on the sensitivities between the players …..”

MHHH outfit SPAZA is a forward-thinking ensemble with a revolving cast of musicians. Their self-titled debut album reveals an intensely creative group with a powerful improvisational flare.
The album’s dramatic opener “Magwinya, Mangola neWhite Liver”, screams, percussion and electric violin swirl on top of a funky, rolling upright bassline groove. The song’s ghostly, pitch-shifted vocals dart in an out of the sonic picture while Waldo Alexander’s violin cuts through with long, tense lines. “Sunlight, Glycerine, 2 Loose Draws” opens with an oddly pitch-shifted incantation “Suuunshiiiiiine and raaaaaaaaain….” the percussion plays along softly with synths surrounding buzzing like cicadas in an oak tree. Nosisi Ngakane’s operatic vocal is the standout in a piece full of inventive, fiery playing. Siya Makuzeni’s trombone puts “Sunlight…” over the top, adding an air of majesty and regality to the tune.

“Five Rand Airtime name-eveready: 4000 Degrees” finds the band stretching out more than anywhere else on the album. Clocking in at over 13 minutes, voice, electric violin and bass bounce and twist about, each instrument snaking atop, under and through its counterpart within the arrangement. As the groove heats up and percussion, bass, and trombone take center stage, the entire piece snaps into focus. Centered around the ensemble’s brave and ambitious playing, “Five Rand….” is a model of how complex improvisational elements melt into one another to produce a form of spontaneous composition.

With the ensemble’s fearless approach to improvisation and tonal experimentation, SPAZA is a look at the cutting-edge of Africa’s avant-garde. Occupying the space between Jazz, modern experimental and traditional African music, SPAZA has succeeded in putting together a collection of works that sound like no other music on the planet.