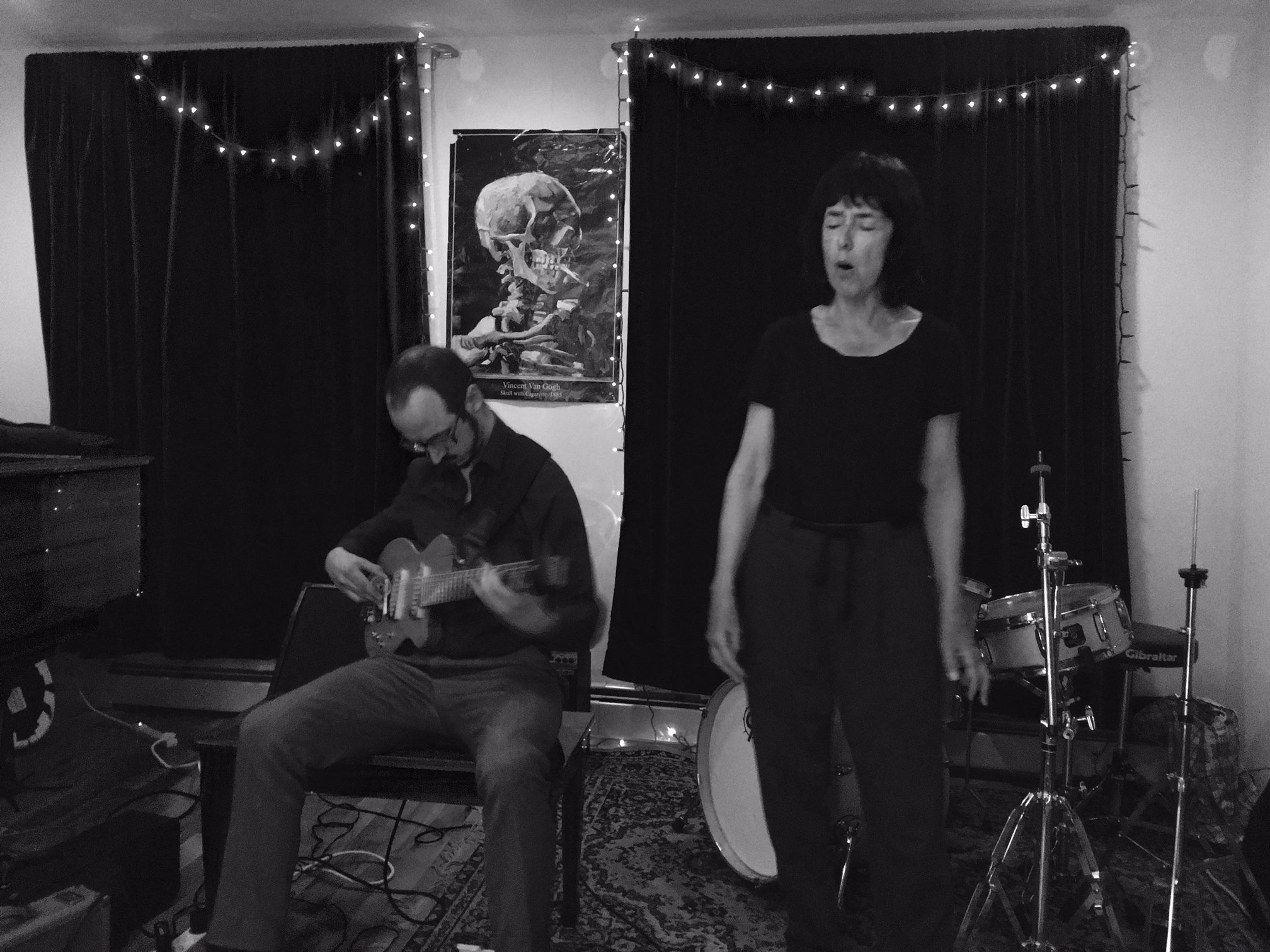 The remarkable aesthetic resonance of British vocalist Viv Corringham and German guitarist Nicola Hein was on display at the Outskirts series in East New York on Sunday night, May 6. The two quickly calibrated to each other in this freely improvised piece. They opened with percussive vocal clicks and low, faintly rumbling guitar. Corringham worked up into mournful wails that eventually coalesced into exasperated gasps and vocal white noise as Hein moved into clear and dynamic drones. The two reached an early crescendo of desperate cries and slashes on guitar before receding to contemplate another ascent. When they did, they molded deepened vocal work and warm guitar chords up towards frail peaks, where the duet dueled before receding a second time down to the smallest possible sounds that evaporated into etherealness. This became a very loose pattern: peaks and valleys, rising tension that eventually dissipated. At times, they would develop alternative narratives that moved away from each other before returning as they built collectively towards a sonic climax. The relations between these two performers made this duo performance superb: structure/anti-structure, structure/structure, vertical/horizontal, vertical/vertical, tension/tension, tension/release, etc. Towards the end of the piece, Corringham’s vocalizations culminated in words: “The other day / I had something to say.” Even before they mentioned, after concluding, that they had played together several times before, it was evident that this duo had a deep understanding and, we hope, will continue to speak to each other and to us.

Corringham and Hein played the second set. I arrived late, coming in in the middle of the first set which consisted of drummer Colin Hinton’s Facehugger with Anna Webber (tenor sax, flutes), Angela Morris (tenor sax, soprano sax, clarinet, bass clarinet), Edward Gavitt (guitar), and Shawn Lovato (bass). The band presented a series of very interesting compositions that they are set to record later this year.

This concert was the fifth in the series. Outskirts is a house concert series hosted and curated by Ben Cohen in East New York, Brooklyn. He offers guests homemade pizzas as a dash of personal charm for this series which has a nice community feel.

Gentrification and Art Space: The Case of Silent Barn