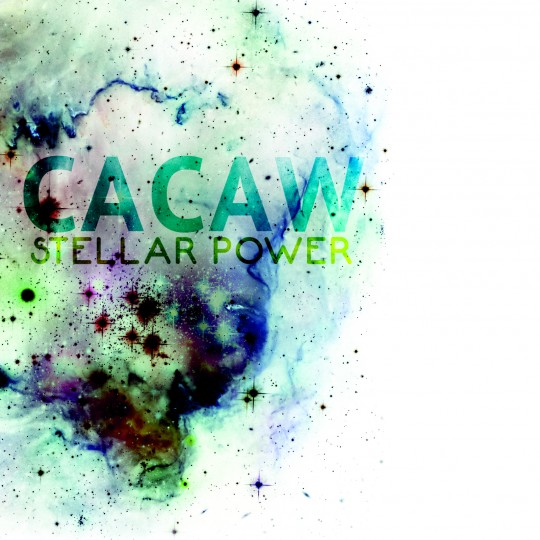 This record is an interesting sonic investigation into the relationship between organic life, cyber-beings, and the post-human condition. Where is the division between life, death, organic, inorganic? The seven tracks on this album call this into question and blur these lines considerably, while bending time, past and present, around our present vantage point. The musical aesthetic is one that brings to life the primordial pea soup that spawned all life while filling that world with futuristic robots and a blend of in-betweens. Through the course of the record, we are taken on a celestial, time-traveling journey, the only constant being the perspective we bring along for the ride.

The album opens with a buzzing bass line from the keyboards that fits together perfectly with Jeff Davis’ scintillating drum work–a feature that continues throughout the album. Together, the two rhythm players represent the more calculated, solid elements, with Noriega’s saxophone, the most human of the voices, offered as a malleable, unpredictable foil. The horn provides a freshness flying above the buzzing, shifting rhythm/texture duo. The juxtaposition between organic and inorganic becomes more striking on “Replicant Lover,” where Noriega’s sax becomes a point of discord, defiance even, against this alienating world, before resolution is achieved.

“Tabletop Glances before Dawn,” intended as a snapshot moment just prior to an apocalypse, features a teeter-totter ambiance of keyboards upon which sax and drums dance madly. Knoblock seems to be the point of interface between the other two players, as the keyboardist maintains a turbulent balance. Then with “Space Robot Falls in Love” we have an unabashed ballad together with sweet and slow movement, though dressed in thick brushstrokes of sound. Davis impresses with intricate cymbal work flittering above a bed of keyboards and thoughtful sax accents.

In “Electro-Darwinism” we finally have our contest between organic and cyber-life, but it lacks the fierceness in the narrative that we may have been led to expect. Rather, the aural clashes occur with the comfort of knowing that some greater story is to be told and that life will go on–in whatever form. “Eyes Heart Race” is the record’s emotional high point in terms of energy. The song features a miniscule moment pinned to a tray and dissected with thought and reflection made possible by separation of time. The exercise begins from a mellow approach followed by a moment of great exasperation, then a return to normalcy, though turbulent memories remain until the end of the piece. “Neutron Star, Eating Its Binary Neighbor” is a fitting conclusion to the album, drawing upon themes of dichotomy, give and take, life ascendant and declining.

This band, led by Landon Knoblock, offers a refreshing new sound to the Brooklyn/NYC scene, so catch them live if you can. This record is the latest example of a generation of musicians who with no hesitation reference a broad range of influences, genres, and styles, while telling a compelling sonic story in the process.