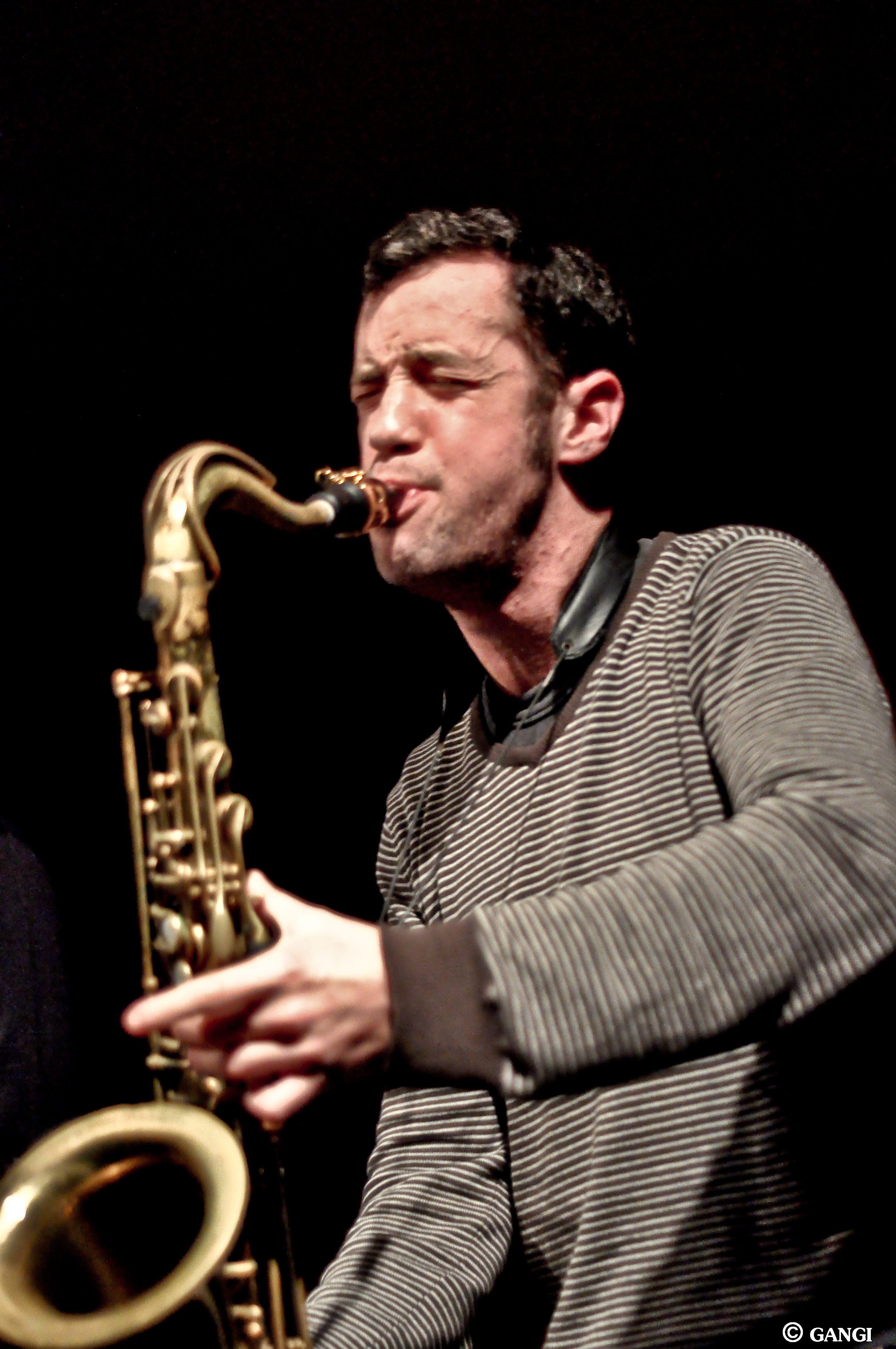 Rooted in the contemporary avant-garde jazz scene, with this project saxophonist and composer Yoni Kretzmer takes a daring step towards integrating chamber music and jazz. New Dilemma’s unique instrumentation alone brings to mind a multitude of associations, from early baroque to contemporary free jazz. The compositions aim to blur the gap between written and improvised music and to present a unified and surprising sound.

Before moving to NYC in 2010, Kretzmer was a key member of the growing Tel Aviv nu-music scene, leading numerous groups, curating concerts, and producing experimental music festivals. Since relocating to Brooklyn, Kretzmer has released four CDs as leader, all of them receiving glowing reviews. He currently leads three working bands with some of New York’s finest musicians. Kretzmer also actively runs the record label OutNow Recordings, with a catalog of over 20 cutting edge releases. Under the banner of his record label, Kretzmer produces and curates OutNow Music Nights: a contemporary, Williamsburg-based music series.

I had the opportunity to talk with Mr. Kretzmer about the upcoming New York premier of his project New Dilemma.

Cisco Bradley: What is your approach to integrating chamber music and free jazz?

Yoni Kretzmer: First of all I felt I should define what chamber music is, or rather what chamber music is for me, and then I might be able to establish an approach towards its use and mix together with free improvisation. This problem of definition was not as harsh with free-jazz/improv since it is my genre of music. I reached the conclusion I would like to approach chamber music somewhat stereotypically, as a sound, and this sound would be represented best by association, meaning by the use of string instruments.

Once I figured that out, the rest was pretty clear to me, both aesthetics chamber music and free jazz/free improvisation, in their radical form, have many meeting points. I wanted to emphasize these meeting points and make them the main course. Therefore I started writing compositions that would lead to these points, compositions that would force the music to settle on, and mold, these points of connection. I was also very cautious not to fall into the trap of assuming that chamber music is soft and spacious while “free-jazz” is loud and dense. This caution enabled me to play around with the instrumentation and orchestration and in a sense break and blur my initial association of the instruments, it a kind of antithesis to the initial thesis, being that string instruments represent chamber music. The hope of course was to create some form of synthesis of the two, that in time would turn into a thesis enabling the whole cycle to recommence.

Yet, this collective improvisation is always the outcome of the semi-written/directed section that came before. What makes these compositions a little challenging, is that although some of the improvisation may be derived from per-determined composition, the composed parts never repeat themselves and the fully improvised section now becomes the overture for the next section, which might be partly notated or dictated. It is hard to attempt to improvise in a liberated way while being “obliged” to arrive at a predetermined space. And this is a part of the Dilemma, How can one improvise with the utmost freedom yet maintain a connection to a predetermined, developing and changing structure?

This of course touches on political and social issues, how can one maintain freedom within an organized society? What should be the limits of this freedom? Or, from where does a society get the right to dictate any of our actions or behavior? In a sense isn’t any penetration of society into my life a violation of my freedom? And of course, how does equality fit into the picture …

Therefore the composition in itself as a whole, and the intricate balances within each composition, which include a generous amount of forced quality, will in itself determine which parts should be composed or directed and which should not and, to what extent.

The musicians, naturally play a vital role, they are not merely radically interpreting the composition but rather creating about 80% of it. The composition in this sense is working against itself, it asks, not to say demands, from the musicians to question the very necessity of, or the obligation to, the composition itself. I deliberately make sure it is so for two reasons, one in order to lend freedom to the musicians and composition and secondly in order to escape the tyranny of the composer, a tyranny in which the composer would like to dictate every movement and sound. This often takes much of the vibrancy and freshness out of the music.

In New Dilemma’s first round in Tel Aviv I could not fully realize this freedom since the violist and cellist were classical musicians who were quite new to improvisation. My quest was to find musicians for whom these restrictions would not be necessary in any way. Here in New York, this quest has been realized. On January 22, I will have the honor of sharing the stage with five extraordinary improvising musicians, each with a unique vision and sound.

CB: Can you talk about the process of preparing the music for the January 22 performance at the Firehouse Space?

YK: New Dilemma’s first album came out at the end of 2009, 5 years have passed. I have been concentrating on smaller and more hand-on bands since moving to NY. This actually gave for a lot of thinking time about New Dilemma. I Started writing new music about a year ago, I made the decision to do it all by hand (no use of computer notating programs) and to first start with the architecture of the piece. By architecture I mean first trying to capture a notion, even if vague, of the whole composition, then put that notion into scribblings on blank sheets and only then moving it to the score and taking care of all the details. In a sense the notes are the easiest part; it is more of a thinking and imagining process. For the Firehouse concert we are going to perform three compositions, which will aim to emphasize the dilemma of the symbioses of the predetermined and the undetermined.

CB: How did you go about selecting musicians for the pieces you will be performing on January 22 at Firehouse Space?

YK: Basically I just called people whose playing I admire. Aside from Pascal Niggenkemper, I have never played with any of them before. I was looking for something quite simple–open-minded improvisers, of which of course there are many in NY. I heard Flin and Frantz play a bunch of times on stage, and always loved their individual and unique sound, their profoundness and indulgence in the music, yet their resilience too. Meaning their ability to stand their ground and make bold aesthetic choices of when to go towards the music and when to go against it. Josh Sinton is a key figure in the scene, I’ve heard him many times and I’m looking forward to finally playing together, he is a deep and thorough musician involved in numerous projects. Leila I met just a few weeks ago we shared a bill, she played a duo with a bass clarinetist. The music was delicate yet had a stern power to it, she also has a beautiful rich sound. I’ve been playing with Pascal since moving to New York (4 years ago). We played together in a bunch of different combinations and actually just co-released a trio CD with drummer Weasel Walter. Pascal has a unique sounds and approach, he is an extraordinary musician in every single aspect.

CB: Are you preparing to make a record with this band?

YK: Yes definitely! Since this band and music are not so evident and frankly quite needy, it’s quite hard to find suitable places to play, therefore the importance of recorded material is amplified. The music and instrumentation also demand a great amount of rehearsal, not just rehearsing the charts but also rehearsing in order for all of us to get an idea as to how the instruments fit in together. And, what our approach towards the spontaneous orchestration that the music demands should, and could be.

My plan is, ideally, to try and get together later in the year for extensive rehearsal and then hopefully, already this year, record.