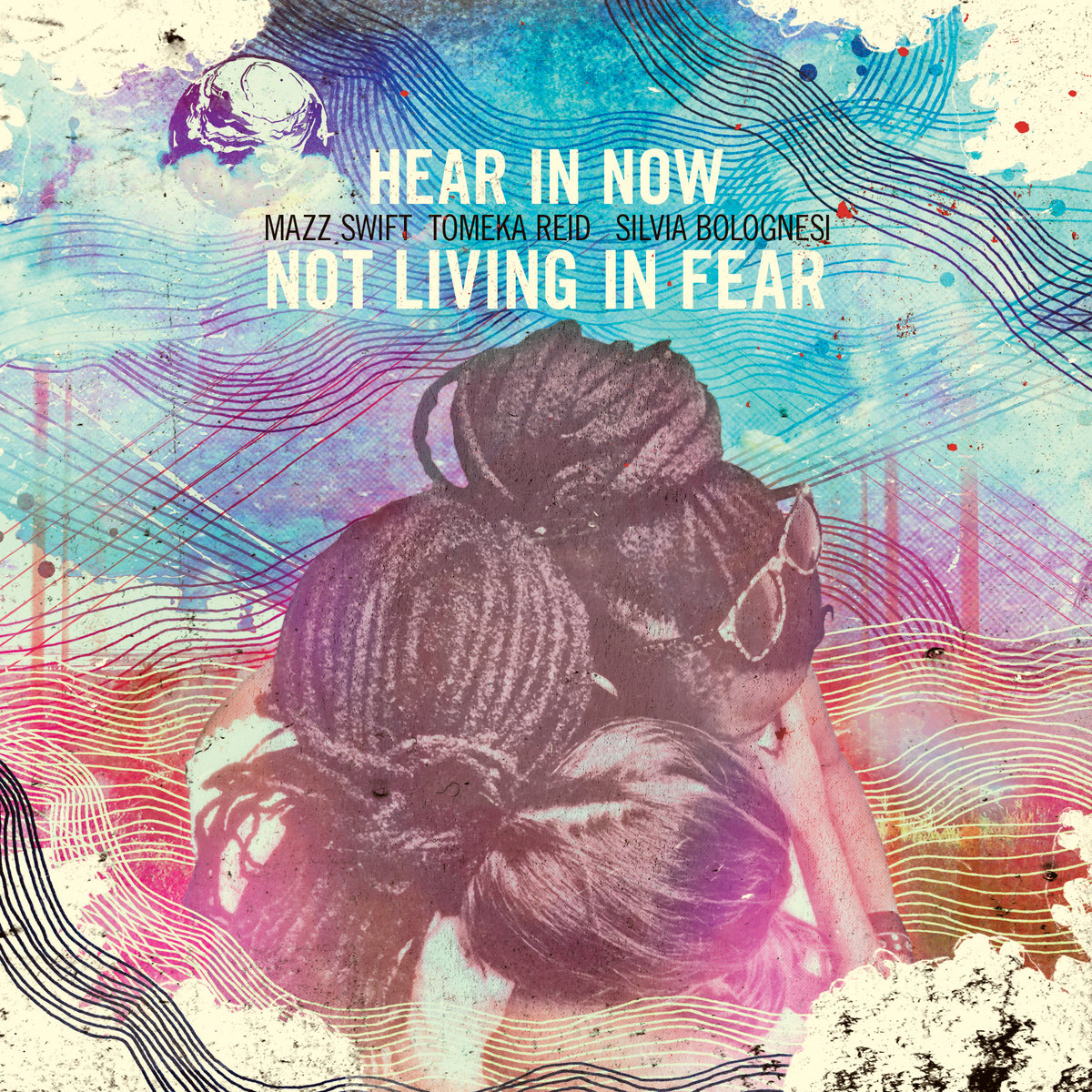 I had an acute thought a number of times today: “I am busy writing about women in improvised music, I don’t need to give white nationalists air time in my mind.” In light … or in darkness of everything that is going on with the white nationalist marches, I really felt how important my work is in regards to keeping my attention on Black women and female identified artists. Having to write about the improvised, free jazz trio, Hear In Now has saved me from thinking about white supremacy. In many ways, this column is manifested because of the existence of white supremacy and male privilege, but there’s a difference in working to oppose something and thinking about it, allowing it to malleate my emotions. I’ve been a feminist for so long, I just do what I do, I have my narrative, but again, at this very moment, I’m thankful for Hear In Now for keeping me focused on my work.

Another layer to the irony of these trying times is that the New York/Chicago-based all women trio’s newest album is entitled, “Not Living in Fear.” I believe this because Mazz Swift, Tomeka Reid and Silvia Bolognesi, really give their all in the free form, improvised album. The title track, is the only song with vocals and lyrics as vocalist Dee Alexander sings, “Don’t be afraid, living in fear, it’s very clear that life throws a curveball, every now and then.” Hear in Now throws a curve ball at the world of jazz with their proficient pizzicato improvisations. My favorite thing about “Not Living in Fear” is the utter beauty of their “audacity” to leave creeks of their chairs and all manner of room noises in their recordings. They remind me of crisp, live field recordings as the sounds help you imagine the player’s movements. “Leaving Livorno” is a stunning walking composition that makes movement and travel its focal point. The dramatic solo string movements that flow along guide you on a journey away from a sleepy port city in Tuscany, and the next “Transiti” continues the journey on the road, giving the album imagination and a bit of humor, if not excitement.

I’ve always been a music critic who visualizes. I listened and imagine who shifted in their chair, who nodded to signal a change in tempo, what the room looked like. It is very possible they used an isolated studio but the acoustics sound open and airy. There didn’t seem to be any deadening from noise isolation. These women sound proficient, they sound free. This album does nothing by highlight their musical chemistry and chops as a well-oiled trio.

The fact that the band is made up of women is only slightly pertinent. And back to my point that if white supremacy didn’t exist, the fact that these amazing musicians were women wouldn’t truly matter at all because their talent transcends anything physical outside of their arms, fingers, ears and other necessary appendages they need to play their instruments. When you’re a women of color, you are faced with two conundrums, that of the burden of white supremacy and male privilege in regards to race and gender. This cannot be beside the point of the existence of this band, but it can take a back seat to their inherent talents when it’s time to truly review their music for what it is.

Hear in Now’s “Not Living in Fear” is a great improvised, free form record that is timely, brave and unapologetic and I enjoyed listening to it from beginning to end.